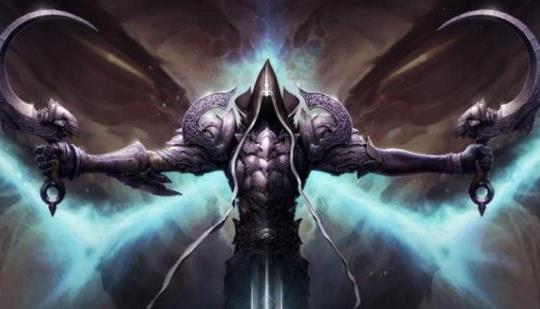 We are fast approaching the kick off date for BlizzCon 2016 and there are new, albeit very vague rumors floating around the internet suggesting that a new installment in the series is more likely than a remaster of a previous game in the series.

Diablo 3 was disappointing. Not really that much hyped for Diablo 4 as I was for Diablo 3 a few years back...

Yeah..Path of Exile took the action rpg throne...followed by Grim Dawn, and even the Van Hellsing trilogy compilation game is more or less better than Diablo 3 as well.

Diablo 3 was more like Gauntlet than previous Diablo games.

The thing for me was that I hated launch Diablo 3, but loved Reaper of Souls Era Diablo 3. I think they redeemed the game in a very good way, but still does not compare to Diablo 2.

The same thing happened with d2. The original d2 is not what everyone remembers. When that came out it was ok much like d3. However when lords of destruction came out it changed everything about design and made it better. That's what everyone remembers. That's the game that added rune words, charms, sockets, jewels, balancing. They did the same thing with diablo 3. Main game was bad then reaper of souls came out and fixed the game.

I couldn't disagree more. The original D2 was amazing. They certainly improved the formula over time but that game from day 1 was excellent. Diablo 3 wasn't even playable often times due to always being online and other issues. Not to mention the idea of leveling and just earning abilities like WoW was very off putting to many of us.

@Grubster said it best, Reaper of Souls era they really figured out what we hated about launch D3 and fixed it.

I always laugh when people try to make a case for Path of Exile. IMO that game is complete rubbish, especially next to a masterpiece like Reaper of Souls.

People that disagree are people that didnt played it when it first released on pc, i agree that the console version period was the best for the game tho. The game should have been at least like that from the start. Anyway i hope they learnt from it and they will make diablo serie great again like it used to be.

To each their own. But I loved/love Diablo 3.

They've long since fixed diablo 3... and if you aren't happy with it now honestly I don't think you can be pleased.

Diablo III: Reaper of Souls on PS4 is one of my favourite games of all time.

I've poured several thousands of hours into the game after spending about a thousand hours on the PC version and to this day it still remains my "comfort food" of gaming.

Diablo 3 is my most played game... ever. So I will be there day 1 if Diablo 4 is indeed around the corner. But in all likelihood it'll be an expansion.

I think I logged 120 hours in D3, which takes the gold medal for most hours played in a single game since college.

Fight Night Round 3 and NFL Blitz still likely hold the all time most hours played trophy. I think I've logged 500 or so in each of them.

This will be a Day 1 purchase x 2. My wife will want to play with me as well.

I love playing diablo but I will keep my expectations low- I agree, if anything it will probably just be another expansion or content update patch.

"But in all likelihood it'll be an expansion."

Looking forward to it

looking forward to it on my pc as well

I love Diablo 3. Started playing it on PC but when the console version came out I gave it a go and playing the game with a controller made it even better. So bring on Diablo 4 Blizzard. Body and soul is ready for the hoards of hell once more!

Omg please be true. Need another Diablo in my life

Diablo 3 vastly improved itself after a disappointing launch. Unfortunately, a lot of people are unwilling to forgive or forget. That being said, despite the vast improvements, it is still my least favourite Diablo title - emphasizing action and massive number explosions instead of enjoyable gameplay.

The one thing that I will give Blizzard credit for is the continued development and support for Diablo III and finding ways to keep it fun and addictive for players. I still jump back in to Diablo III every season to see what's changed and get my fill before moving on to something else, so kudos to them for that.

D3 was good when AH was ON after that it gone retard with those high drop chances, all you need is to invest time in it to be good, no random luck as before.

Are you kidding? AH is what destroyed the game, it was an awful idea to make more money

It was a amazing idea, i made money and still enjoyed the game, back when trade was worth.

D3 is pure trash, it was a game that was made for WoW casual kiddies, it didn't remind at all the masterpiece that was D2, disgusting art, completely casual experience, infinite skills respecs there was no class builds, the drops was horrible, the story was crap, the music suck, it didn't have dark/Gothic atmosphere & it lack greatly on mature content, I can continue this all day, in short that was not a Diablo game in my eyes, the fact they call it a Diablo sequel is sacrilege!

If we get the same shit all over again in D4 they can keep it for themselves & shove it were the sun don't shine, if they are serious about a new Diablo game, a real Diablo game then the first thing they must do is to kick everyone who work on the graphics/art department from the project & find new people that can give to the game what it needs, a dark/Gothic atmosphere & a gritty realistic art design.

That's from where they must start, the game called Diablo not WoW/Warcraft, that disgusting art that Blizz use the past years on any game they do have no place in a Diablo game, if they don't realize that then there is no point to even start making a new Diablo game, because it will be a disgusting looking trash like the previous one.

Other than the art that is of utmost importance, they have 5 other things they need to address if they want to create a game that is worthy of the Diablo name:

1. Character Builds (Permanent, no free skill changes anytime we want & depend the situation we are in, don't ever do that again!)

2. Drops that matter (Bring back set items, bring back runes, bring back drops that make the difference with stats/bonuses important for our class, don't make players to choose their gear based on which give the highest stat increase required for their class...)

3. Procedurally Generated (Focus on making the environment/dungeons as random as possible every time we play them with various new stuff that can appear at random that will spice the whole experience up & keep the repetition as interesting as possible in order for people to not get bored while grinding the same place again & again)

4. Story (Give us a story worthy of the first two original Diablo games, we are asking for a dark mature experience, the series have fans that are past 30 you know.. give us something we can be satisfied with, this game was from the start a game for mature audience don't turn it into a stupid kiddie game ffs...)

5. Music (Where is the amazing music from the original Diablo games from Blizzard North? there was tracks on those games that got imprinted in our brain & haunt us to this day, they left unforgettable to anyone who play the game back then & it's impossible to get them out of our head, this kind of music the game needs to consider it a true Diablo game, do that or we can simply mute the music I guess...)

If you are dedicated to do the things above consider me interested else fuck off, simple as that.

While I agree that D3 pales in comparison to D2, I still did play a ton of D3, despite it's shortcomings. I think the most interesting (and debatably best) thing about D2 was the in game economy and trade system. The fact that D3 lacked a trade system is the reason why it will never live up to the standards of those who came from D2. We want control over the economy and we want to be able to trade. You could come from nothing in D2 and with some clever trading and a few decent drops end up with some really good gear. I hated that D3 took that away from me. Fuck random number generators. They have never once been a reliable way to get the gear that you need. I spent hours and hours doing "runs" in D3 and didn't end up with shit. In D2 I would at least hit some decent runes and be able to trade for the items I needed. If D4 doesn't give players a reliable way to trade then I want no part in it.

tldr: give us back trading and let the players decide the in game economy.

If this is true, Blizzard, please remember what happened when Diablo 3 released?

Remaster of D2, D4, or another D3 expansion. I will take any of those Blizzard!

D2 was my childhood. Countless hours trying to the ring. The day i found out you could mix runes to make amazing stuff i lost my life lol. D2 put D3 to shame. When D3 came out it felt... Liek the story pushed u to go here do this D2 was HUGE the worlds were amazing. All of it was random it was amazing.

Why Are People Turning More To Modded Consoles?