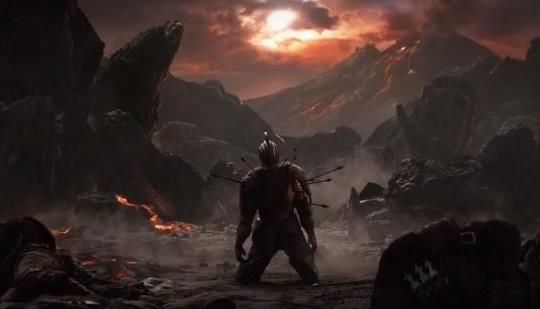 What Happens When Gaming Becomes A Chore?

Stephen Mitchell from Grab It writes:

"My 18-month old daughter had finally gone to sleep. As is my usual evening ritual, I trudged downstairs and plonked myself, bleary-eyed and exhausted from work, in front of the TV ready to game the remainder of the night away. For 10 minutes I stared blankly at the screen, unsure of what to play. My ever growing "pile of shame" beckoned to me with merciless taunts and jeers. The pressure to pick up a game - any game - merely to wipe off my backlog was immense. It was at that moment I had an epiphany: sadly, my wonderful hobby had become nothing more than a humourless chore."

When this happened to me I just took a break from gaming and did other stuff with my free time like reading, going for walks etc. Eventually I came back to gaming, and nowadays I mix up what I do with my free time.

That moment when you know it's time for a break.
Well said Chaos.

Well.... it becomes a chore I guess

Key thing is, never force yourself to play a video game . Let the feeling come naturally .

If it becomes a chore than take a month or two off. There is nothing wrong with taking breaks from gaming . Watch movies, read, go hiking, just something different. Games should be fun and if you don't feel the fun anymore then it's probably time for a break. I'm sure we've all had moments like this, I had one not too long ago where I barely played games and nothing really held my interest. Now I've been doing a lot of coop or having a friend watch me play and I've gotten my passion back just in time for Gears, Destiny, Pokemon etc.

Gaming should be about the user being engaged in the gameworld not about fun (too limited). When a game fails to engage the gamer into its gameworld, lore, or story then the game developer has failed. I do admit too many games have released unable to keep up.

Gaming should be about fun.

I don't care how "engaging" it is. If I'm not having fun doing it what's the point.

What the hell did I just read. If a game can't engage with its mechanics, its not much of a game. Story is all well and good but is completely secondary to the mechanical aspects. The story only matters once and should be there specifically to support the mechanics. Game mechanics, on the other hand, are what make games dynamic and worth more than a single play through. Why someone would spend $60 on a title for a mere 15-20 hours of play with little replay value, I'll never know, but I'll gladly pay $60 for a game that has real mechanical depth and a meaty gameplay experience, even if it has a campaign with less than 10 hours playtime. Some of the best games ever made can be played through in 3-5 hours... less for speed runs. And if a game isn't fun its worth neither money or time. If all a developer has managed to do is make a movie with interactivity being secondary to the cinematic aspects, while packaging it as a game, It sure as hell is not worth my time.

Is not just one thing that makes a game great is the whole enchilada. A game that engages the player in is far better than a game that is fun. An engaging game can be dramatic, make you 😢, laugh or terrified. A fun game cannot. An engaging game can never turn in a shore or bore the user because the user is engaged in the gameworld. A game that can deliver great gameplay mechanics, story, sound/🎶 is far better than a game that only delivers one trait.

"engaging" is a subset of fun

It's like when people say fun isn't the only thing that matters in games because there are great horror games out there. But like.... horror IS 'fun'. Story is 'fun', too. That's what they don't understand

Fun is basically the all-encompassing measure of how much you enjoy something, no matter the reason

Exactly. How could it be engaging if it isn't fun?

Depends on what the person wants , some ppl may want fun over your opinion.

Lmao, you're the type of "gamer" that thinks metal gear is actually good.

Wow. I don't ever feel like it's a chore because I don't get much gaming time to begin with. Between work, family life, kids, chores, there is little me time left. Gaming for me is a nice occasional escape. I wish I could devote a little more time than I do now... Oh well

Sadly, when I became addicted to trophy hunting, gaming being a chore definitely became a thing for me. I've slowly been working my way out of it, and have actually found myself enjoying games more. Destiny, UC4 MP, and DOOM MP have been a huge help.

"If it don't fit, don't force it. Just relax and let it go. Just cuz that's how ya want it. Doesn't mean it will be so."
That's a quote from an old 70's song. Maybe a bit "different" meaning. But, it applies to the nature of anything becoming a chore. You can't force fun. When it's not fun. Do something else. Try again another day. Rinse and repeat until you get that feeling again or realize that gaming just might not be fun for YOU anymore. It happens.
I get to that point with certain games. I just don't want to play them anymore. It's saturation. So, now, it's a moderation approach. Some weeks I get ample play time. Some weeks I get none. I'm sure I couldn't be a "pro" streamer or YouTuber for that reason alone. There are times where I don't want to play and the audience is there specifically to see me play. People with conventional jobs take more breaks and days of than most streamers that I have seen.

I am so busy with the family and house and selling cabin and going to weddings and dr appts and school functions that I mainly play my vita before i go to sleep but when i get to actually play my console not on remote play its awesome, for me. You can get burned out doing anything just about anything, I try to mix up the type of games I play to keep it fresh. Playing Psycho Pass&Trails of Cold Steel on Vita and Mad Max on PS4 atm .

Fromsoftware Needs to do Better with Its Cooperative Gameplay Systems