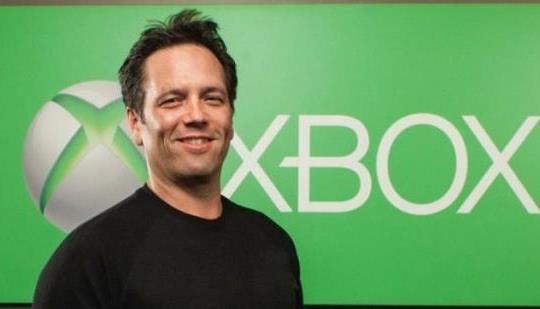 Phil Spencer on Scorpio, and the Changing Console Landscape

The Nzgamer flew over to Sydney to have a one-on-one chat with head of Xbox, Phil Spencer. We talk at length about Project Scorpio, the changing state of the console landscape, and Microsoft's plans for the future.

Excellent read great interview. Scorpio is going to be interesting.

Yeah, I enjoyed reading the article. I'm really looking forward to the Scorpio reveal and the new features it will possibly bring to the table.

"So you can see the price of the S today. When we designed both of these, which we kind of designed it in parallel. We thought about the price performance of what we wanted to hit with the Scorpio, relative to what we were going to be able to do with the S. So that we would have a good price continuum, so people wouldn’t look at these two things as so disconnected because of the price delta."

"So I think you will feel like it’s a premium product, a premium console. And not something, anything more than that. So I wouldn’t get people worried that this thing is going to be unlike any console price you’ve ever seen. We didn’t design it that way."

That's exactly what he is hinting at. Can't wait for the reveal.

sounds like scorpio wont be too expensive and will have a ultra bluray drive which is good for thsoe who have data caps.

This is twice this week that they've alluded to a lower-than-expected price point. Still anticipating $499 personally, but, man, if they can hit $399 they would be in a great position.

We'll likely need to wait until E3 for full pricing info, though. All I know is that the competition in this industry is really great right now.

I'm guessing a $450 price tag, seems reasonable based on what he said. I bet the slim will get a discount at the same time when Scorpio releases.

It's a shame Phil Spencer wasn't leading the helm when the X1 first debuted...makes one wonder how much better the console probably would've been!

"So that we would have a good price continuum, so people wouldn’t look at these two things as so disconnected because of the price delta."

He talks about having a good price continuum...it seems they do not want the Xbox One S and Scorpio to be priced too far apart. Whatever they are planning better be good.

$400 doesn't seem out of line. Sony did that this year with Pro, and in another 12 months MS should be able to squeeze the extra juice out of Scorpio for a similar cost. We'll obviously have to see exactly what it does in terms of performance and features to be sure of its' price, but I couldn't see it over $500 at most.

I hope Microsanto does not pull some eugenics on console gaming.

Great read. NZgamers got the scoop

He did a great job of Philling in all the details...

LOL I'm glad he elaborated. I was I suSpencer.

He is a good guy. Now if the company decides to promote him further up where he belongs we will see a better company and hopefully better games come.

What's higher than the boss of Xbox division? He needs to stay here and keep it coming.

I'm pretty sure you know the answer to your own question. Do you think Xbox > Microsoft??

I will sit patiently and wait for the "Beast" to make a more detailed reveal come E3.

I think it'd be wise for MS to reveal the console before E3 imo.

The "Scorpio" doesn't even exist yet, it's very disingenuous of Microsoft to have even announced it yet, and it's ridiculous that they're trying to hype it up on a daily basis. We all know why MS "announced" this theoretical console so early, they're getting trounced in the current console market and are trying to divert attention away from the PS4 Pro. It's a shame they bungled the design of the OG XB1, thinking that the Kinect gimmick would make up for the underpowered console itself, but they have only themselves to blame for the results.

@superchller they announced it at E3... and they had no idea that PS4Pro existed (until House made it official)

you sound so bitter about it... why?

should phil spencer tell his team NOT to answer any project scorpio questions?

they never pointed blame at anyone else but themselves...

you're whining just for the sake of whining...

@ShowanW - There were rumors floating around about an improved PS4, you can bet that MS knew about the planned upgrade at that time.

I'm not "bitter" at all, why would I be? For the record, I was a huge fan of both the OG XBox and the 360, still own multiples of each console and hundreds of games for them. The 360 is one of my favorite consoles, still play it regularly.

Phil even admits they were uncertain about announcing the "Scorpio" so early, way before it was anything more than a concept on paper. They announced it to try to head off a successful PS4 Pro launch, nothing more.

I've considered getting an XB1 several times, especially for games like Gears 4 and FH3, but still feel like financially it doesn't make sense for me.

It's a terrible shame that Don Mattrick was put in charge of the XB1 development, I would much rather have seen a solid console without the stupid (and expensive) Kinect gimmick dragging it down, but that obviously never happened.

"it's ridiculous that they're trying to hype it up on a daily basis."

Yeah, it's just despicable that a company would choose to promote a product which they intend to sell to the public. /s

"they're trying to divert attention away from the PS4 Pro"

I hate to break it to you kid but that's how a business operates in a competitive marketplace.

"and are trying to divert attention away from the PS4 Pro."

Now what kind of buissness would MS be running if they didn't? Free hand outs to its competitor is not how buissness nor how the world works I hope you never planning on owning a buissness with your mindset you'd give happily advertise for your competitor.

Bring it on am ready

Xbox One is to Xbox what Windows 8 was to Windows, they want to move on asap and forget about it with the Scorpio, don't be surprise if by middle of next year they call it something else and go away from the Xbox one name.