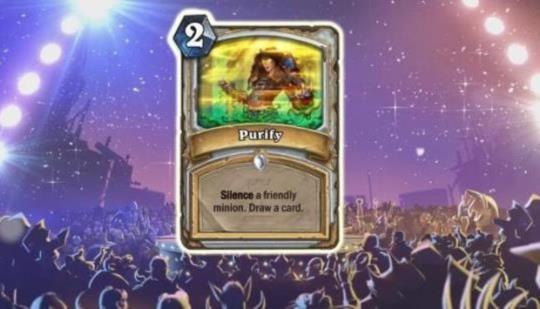 The Hearthstone: One Night in Karazhan Adventure is set for official release tomorrow, however, even before its release, Hearthstone players the world over have called into question some of Blizzard’s card decisions with the kerfuffle being of such great magnitude that Blizzard has decided to remove at least one of the new cards from the release.

Wow, a controversy that has nothing to do with a character's race or gender. This is actually kind of refreshing.

actually im triggered, that hair doo is too perfect.

I have a rule that I live by nowadays:
"If SJWs and feminists hate it, then it's probably an awesome product"

This has very rarely steered me wrong so far.

This card isn't actually being removed, it is just not going to show up in the Arena mode, which isn't the main competetive mode.