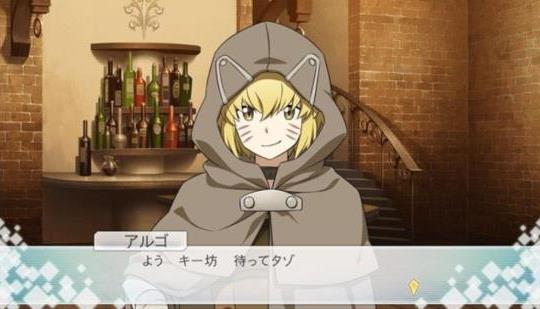 Rain will likely be in the game, too.

Maybe I'm just weird, but SAO never came across as some harem/dating sim till they made the games and now it's just thrown around everyone in them. I know it's not the main focus but it's my least favorite part of the games as some of the interactions are just awful--like Kirito and Leafa

I also wished half of the games from Japan that came to the US were not marginally prettier versions of Vita/PS3 games that basically just get texture boost and some updated character models for ps4 (besides higher resolution). When you look at FFXV and then look at games like Tales/Star Ocean/SAO/etc you just can't get past the fact they're still just focused on old tech and don't even feel ps4 worthy most of the time. 90% of JRPGs on ps4 right now feel last gen and most are decent-good at best if not a remaster. I know not every game will look like FFXV but ps4 (and one but it won't happen often) need more modern looking JRPGs and not just leftovers.

Bandai Namco hosting AniMAY Sale on the Switch eShop, some of its biggest discounts yet

The 10 Best DLC Packs on Vita

Anime games are on sale all week at Fanatical

The Last of Us Part I - Pre-Purchase Trailer | PC