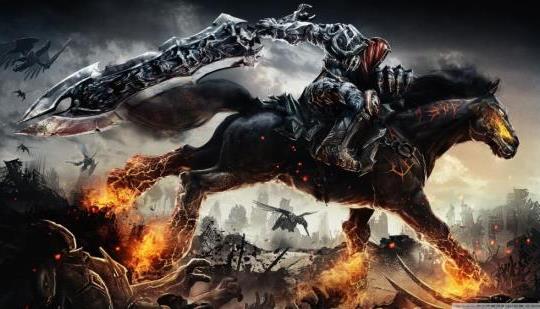 The CGI in this game was pretty amazing.

Agreed, but I think the game will feel fresh though, i'd also like a new darksiders game. It seems like every single games wants to get a remaster nowadays

another remastered?
where is the sequel?

Yeah, good one there HAHA. Its the remastered generation. They just wanna make as much yet again from the game since the game wont cost as much for a remake of the game with better visuals

Of course, anyways, sad to see the Wii U stuck at 30FPS

Darksiders 1 was amazing but the second one dissapointed me so much that I couldn't even get halfway through it.

If you liked it, get the remaster i'd say

Ignorant gamer: "Who needs BC??? Nobody plays old games anymore, I'm preparing myself for whatever DEV X brings to the table in the future, enough of these old games and why we need BC!!!"

"DEV X" announces LAST gen game which is the exact same thing running at 1080P at 60FPS this time with minor texture upgrades priced at $60.

Ignorant gamer: "Wow I played this game too death on my PS3/360. So glad they're releasing it for the current gen consoles, and running at 1080P... ITS LIKE A WHOLE NEW GAME. GETTING IT DAY ONE!!! "

And this boys and girls is how BC died...

Not on pc,when you caan downsample all your older games at 4k and more.

Man, Warmastered...I mean I got Deathfinitive Edition, but Warmastered? I think they could've been a bit more clever.