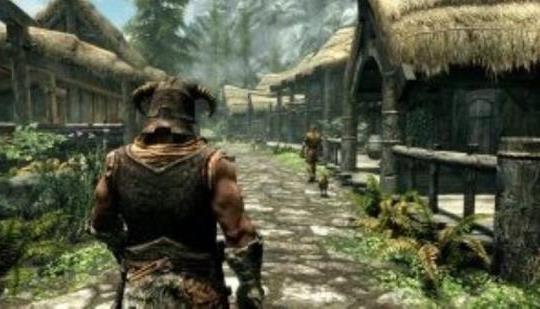 To all those of you who have spent hundreds upon hundreds of hours playing Skyrim on your Xbox 360 or PS3, here’s some bad news that you may not necesarily have seen coming- the console versions of The Elder Scrolls Skyrim: Special Edition, which is the remaster of Bethesda’s bestselling classic RPG, will not be supporting your older save files.

Adhttps://www.youtube.com/watch?v=IJUbGKExS0A
- Comments (40)+ Comments (40)
TopNewestOldest
Expand all
The story is too old to be commented.

I have the Platinum trophy on the PS3 version. Can't say I'm happy that I can't play around with my old character some in the mods. I want to start a new character too, but my high level would have been fun with the mods.

Edit- A few people suggested below that other remasters do not allow saves to be carried over.... that is not true. The Borderlands Collection was an open world remaster that people put many many hours into and it DID allow you to transfer your PS3 or XBox 360 saves.

Same. If I could have transferred my 212hours, I would have bought this for the DLC and to finish up those smaller quests. Oh well, Bethesda lost my money with that crappy decision.

I'll still buy it. I'll go for a second Platinum. I had been wanting to play it again anyways. I just was hoping I could jump right into the Mods with my other character.

if you have played skyrim 212 hours. why even bother with remastered? its more fun to start fresh. What is the point to take your 212 hours save file into skyrim remasered? You have already done everything in the game then. Its like seeing a remastered movie and skip to the end.

As I said, to continue the DLC.

Eh, I wouldn't mind restarting. I honestly hope the glitches are kept.

You want them to keep something that brings the experience down? Dafuq?

Not those glitches. I meant armor duplication, and some other more complicated ones where you could insanely high stats on weapons and enchantments.

I hope they figured out how to stop the freezing.

That sucks :/
I'm sure plenty of people would have wanted to keep playing their saves with the better graphics and performance.

How exactly would upping the texture quality mess with the savegames?

Has any remaster yet done so? Dishonored didn't. Never played Last of Us on PS3, only on PS4. They all make you start from scratch don't they?

Final fantasy x/x2 remaster let you transfer you save file from ps3 to ps vita or ps4.

GTA Online leveling carried over, however the single player did not. The Borderlands Collection let you carry over all your progress from the PS3 versions.

That's fine with games like The Last of Us, as it's not that long and a linear experience. 150+ hours in a game like Skyrim is a lot to start over though.

Yes, Borderlands. I never owned it on 360, but I did get the Handsome Collection & recall telling my friend his stuff would transfer.

uh... to my knowledge, no remasters have ever allowed you to transfer your old saved data... why would skyrim be any different?

There haven't really been any open world time sink remasters except for the Borderlands Collection.... which DID allow file transfers from the PS3 versions of B2 and Presequel.

GTA allowed save transfers too.

well, then I stand corrected.

2 comments so far that you've completely ignored the mod support. That's pretty presumptuous that only people who have never played Skyrim will want to play this. I want to do both; start a new character AND be able to hit up the mods with my high level character.

I've played or over 100 hours and I will get this. Why should it matter how many hours they put into it last gen? That's for them to decide.

Why wouldn't you want a whole new game with a different class?

If I can still level up fast by making daggers then I am fine with starting over lol
*note: I haven't played skyrim in a long time

You can't. That was patched so that item value per unit of weight factors into experience gained except for jewelry. You can level up fast making necklaces or armor. Daggers provide a pitiful return. Or you can just spam sneak attacks on either NPC you follow at the beginning of the game.

DragonKnight is right forging is way harder to level up now but illusion magic is still quite easy and fast to level up.

Nobody expected them to. What are you smoking, Gamingbolt?

Man this remaster enrages me so much. Though I can't speak for PS4 owners, but as an Xbox One owner, they could've allowed this to be backward compatible WITH game saves coming over with no effort at all, but instead chose to milk the franchise even more with this stupid remaster fad that has plagued this gen. THEN give the PC owners this version for free! God Bethesda really messed up with this one.

PC Gamers don't even need this. They're getting something they wouldn't buy for free.

You're right. There are many mods out there that would already make the game look much better than this. Also the downvote you got was from me. Total misclick on my part. Sadly n4g's voting system doesn't allow me to change it.

i didn't think this would even be an option, tbh lol wouldn't you want to play so you can experience the entire game from start to finish as a remaster? idk, seems like a waste to buy a remaster only to have the game+ besides, it's been years, i'm sure a lot of people would rather start from scratch again anyways~

That's fine. My character is stuck being a werewolf because of a bug they never fixed, or at least it hadn't been fixed by the time I moved on to PS4. I'm not sure I'll go for this remaster anyway, having just recently started Fallout 4.

I feel as though I've played enough Skyrim that I don't really need to buy this one.

Was looking forward to starting a new character, I also wasn't expecting saves to transfer to begin with so it doesn't matter. Count my vote as: doesn't give a crap.

It's Time Skyrim Pass the Torch, But What Game Will Seize it?

Skyrim: Did it Actually Revolutionise RPG’s?