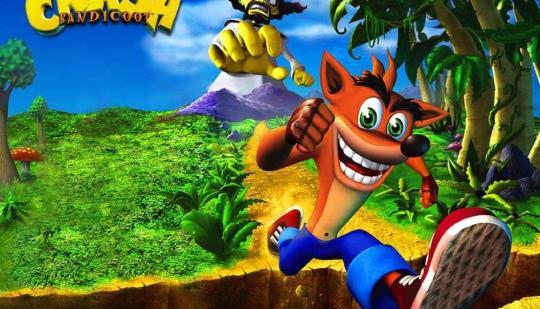 Thomas from The Game Bolt: "During Sony’s press conference at E3 this year, it was announced that Crash Bandicoot 1, 2, and 3 would all be remastered for the PS4. Needless to say, Crash fans were ecstatic at the promise of playing some of their favorite classics once again on their modern systems. Of course, let’s not forget Crash Bandicoot had a long and successful franchise before he began to fade out in 2010. While the first three games provided us with our fondest memories with the bandicoot, some of  the games that followed are also equally deserving of our attention."

They should do Crash Team Racing and Crash Bash next.

if it s still in activision s hands (as it is ) nothing is worth remastering ....although if smthing should have been added in the original trilogy remaster is CTR ..the game for me was the absolute Crash's swansong...destroys every cart game on sight Mario -or non Mario with its sheer quality

Crash bash is really all I care about. A remaster of that with some new modes and mini-games added would be epic. CTR was pretty good though, can't deny.

Man Some missions in crash bash were near impossible!! Even trying it these days, is nerve wracking!

Crash Bash is great! Love the boss levels, and even playing by yourself is fun!

I don't mind remasters but after the ones they are doing i would rather they made a whole new game.

Same, which is what a lot of us here hope for. I guess we better buy the remasters!

CTR is a must

how about a new game

Given how the industry has seemingly forgotten how to make games like it, do you honestly want them to? Or rather, are you to buy the result as they -might- try to relearn at the risk of them never improving?

that doesnt mean they cant make a good game, i mean look at R&C which was a fantastic game, yet the only ones who complain are the fanboys who still holding on the old games, Twinsanity was the last good crash game yet hardly anyone gave it any credit and only talking about the ps1 games

Still, the new R&C is nothing more than the old R&C supped up rather than something entirely new. Lends towards a Bandicoot title being good, just that its not a sure thing.

I really hope they remaster CTR, I expendws a lot of time play that, I beat every ghost race on every track. (I think I still have my memory card, dunno if it works)

I think is my most played PS1 .

it's pretty cool they bring Crash back it gives me that warm feeling i miss with the PS4.

15 PS1 Games That Hold Up Today

Looking Back to 2001 and Crash Bandicoot: The Wrath of Cortex

20 Years Later: 'Crash Bandicoot: The Wrath of Cortex' Was a Fall, Not a Leap

Looking Back to 2004 and Crash Twinsanity