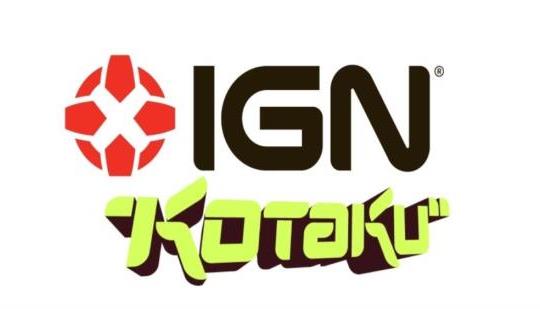 Kotaku and other Gawker Media properties have been sold to Ziff Davis for an undisclosed amount of money. This is major news!

People are willing to pay for crap ?

Sadly it is crap that still makes money..or reaches millions of people at least.

And sadly it is crap that a ton of people liked and like it seems, N4G with all its hundreds of articles every week does not reach half as many gamers as Kotaku alone. And that sucks.

Kotaku and N4G are two very different things. Kotaku has first hand stories. This site is cut and paste. This site also has a strong bias which scares of more than it brings in. I would also bet the average Kotaku reader is far better educated. This site does provide a ton of information since it has so many sources. But then you read the comments and see bias override good sense. This site attracts many of gaming's radicals and radicals are always a very small part of any group.

N4G is a place where news is collected. It's not cut n paste. I personally don't have time to go through each and every site so i come here. Plus i don't like going to sites like Kotaku.

And IGN. The new management should get rid of those stupid "reviewers" by saying - "Too many reviewers".

N4G is a meta site. What are you talking about, dcbronco?

I don't think the educated people speak up as much around here. Sometimes they poke their head in, but it's hard to have an intelligent conversation.

I will say though that Kotaku's comment section is no better than N4G's, and it has just as many trolls, biased gamers, FUD, and misinformed users as we see in the majority of the comment sections here. Most comments on Kotaku are moderated before they're ever allowed to show up though due to their whole SJW stance where they don't want to allow dissenting opinions, which means you tend to see less trolling overall.

I do think Kotaku's more intelligent commenters seem to have more respect where people will discuss things with them though, where as here, the intelligent commenters tend to get drowned out by trolls, or have to go through endless arguments which try to detract from their arguments, or ignore them all together while many people that are regular commentors don't try to become more informed....if only to try and discredit those they want to argue with endlessly in an informed manner. Sadly, it's become much worse since the site redesign...by many orders of magnitude.

People have to realize that people in business don't care about opinions or feelings. They care about what's making money. While it is a bit harsh, it makes sense. If business made moves off of every customer's opinions they'd end up blotting out the main purpose. To make money. This isn't to say they shouldn't listen to the reasonable complaints though.

Kotaku is awful and should disappear.

They are the equivalent to the Sun newspaper

The writer says he hopes the job loss is minimal or zero. I don't. They need to ax the staff at Kotaku, then hunt down Brian Crecente at Polygon and retroactively fire him. Odds are that at the very least Kotaku will experience something they have not in a while - editorial changes.

Definitely. Kotaku is garbage because of the people who run it. If they have any sense Ziff will get rid of every single editor they have.

There are many there I would like to see gone. While ZD isn't always the pinnacle of excellence in journalism, and have their fair share of tabloidesque opinion pieces, they do at least have some level of journalistic integrity when trying to express their editorial, and outside some contributor writers, I find they at least are mostly informed on a topic, and perfectly willing to recant on a particular viewpoint if new info comes to light, or come to see a different viewpoint through discussion in the forums or comment sections themselves.

Honestly, Gawker style isn't really ZD style. I'm wondering if this is more to get the readership while moving them over to ZD outlets, or if they just want an independently run revenue stream. Obviously Gawker is losing readers...at least on some of their sites(particularly the one we "care" about), which likely made it an attractive purchase due to lower cost of gaining readers, thus more chances for ad revenue by diversifying it's reader makeup.

I actually am really hoping for editorial changes at Kotaku. Their actual news is pretty well done, but the other 167 hours of the week they have to fill with click driving articles is just awful. I don't think Totillo himself is a bad writer, but he's a terrible editor, and has no integrity, which has obviously been allowed to foster among many on the Kotaku staff and contributors. He brings no standards that are worth keeping around.

Normally I'd say I'd hope he could get a job writing in gaming, because again, I think he's a pretty good writer and able to find facts if he wants to and with the right editor he could be a real asset to gaming journalism, but after all the crap he pulled with GG, SJW, and that consortium of journalist, he doesn't really deserve to be considered a journalist. I mean, this guy is almost the most influential reason why GG got derailed into something it's not, and is one of the primary people that was being implicated in it.

It'll be really interesting to see how many sites stick by Totillo like they have should he get the axe. he is extremely influential due to his position both in the industry, and even more so in the gaming press itself.

Funny thing, while I agree, Kotaku's biggest problems are with it's editors, this is in fact what Gawker wanted from all their sites. It comes from the Top, and Totillo isn't even the top of the food chain for the problems that exist over at Gawker.

It doesn't need to disappear, it just needs to stop being awful. Kotaku was good back in the day when they focused on a particular niche. one of the better gaming sites in fact. Gawkers change to sensationalism over substance changed all that.

It was hilarious seeing how desperate Stephen Totilo was in his attempts to defend denton and gawker. He is a trash writer, worthless as an actual journalist, and knows without a circus mentality above him he has no place. Good riddance to that nuisance.

Once again, I don't actually feel he's a bad writer, as far as his ability to write, or even his ability to get news and present it properly, because I've seen work of his which shows he's quite apt at it.

However, I do think he focuses more on defense and playing the victim. I've seen him trying to justify unethical practices both executed by him and others within his posse, which are just shameful IMO. His shaming of the community he supposedly serves I believe is more to drive hits to his site than it is any actual belief he may have on the subject, and to me, that's just not worthy of respect. What's funny though, is those attempts to drive hits with the whole GG/SJW ordeal is what caused Kotaku to fall more than all the other inadequacies that he brought to the table when he took over. I'd wager that he'd still blame others for those inadequacies, because I think he may have gotten to the point where he believes his own BS. He's about as bad as any fan boy really, unable to actually comprehend why he's failed so hard to be a good editor/journalist....but being he works for Gawker, he may have actually performed the job they required of him impeccably, because their interest is more hit-mongering than it is respectable journalism.

I guess one can hope should he remain, or move on to somewhere else, that he didn't really believe all the BS he spewed, and may become a good gaming journalist again.

If a person is a good writer and an individual of some dignity, then they would have sought employment elsewhere. Instead Totilo was himself like the company which he represented - a media whore that would prostitute himself and his character (or lack thereof) out for a few paltry clicks. He obviously thought little of his own value. I think even less of him.

Without a question..yes it should, just like everything from Gawker.

Please explain the actual hate for kotaku? I may not agree with some of their opinions but their site has alot more interesting articles than ign. Ign has become a pure corporate shrill. They have videos of each article with a guy or girl simply reading the article. This is purely for the lead in advertising click. A whole slew of other crap is on ign.

Kotaku has a reader run section with interesting blogs that kotaku advertises on their main feed. It has editorials and other articles that are not just news. Ign used to have that regularly but now it seems once In blue moon.

I can go on, but please enlighten me as to what makes Kotaku "garbage:

Another victim of Hulkamania brother!

Whatcha going to do when hulkmania run wild on you!

wasnt hulk dick head it was the billionaire who funded him

Learn to realize a joke

Kotaku is crap? Kotaku should go away? News flash: Kotaku is home to some of the few LEGIT JOURNALISTS we have left in the gaming industry.

It's also home to a vast amount of terrible journalists who are easily paid off.

If they restructured to have better journalists, I'm all in, but the amount of filth that that site produce

Kotaku is "Journalism" like Fox News and MSNBC is "news".

Kotaku is home to some of the worst game "journalists" to ever set foot on this earth.

Cool. Maybe if they have an ethical and proper editor they can actually come to get the respect they deserve.

Legit journalists? Tell me how writing about losing your virginity on a sonic bed spread is journalistic.

Kotaku and IGN, so now they're going to own two of the worst gaming sites around.

I suppose it's too much to hope that they'll at least clear out the SJWs that run Kotaku and at least try to make it not such a pile of shit.

Kotaku has been bleeding money for years. No way that staff survives the buy out. Most likely the majority will be let go and staff from other Davis media groups will run it, assuming they find the name valuable. Best case scenario is they just shutter the whole place, canning everyone who works there. They are the epicenter of trash games "journalism"

Here's your chance to stop sucking so hard kotaku. To new beginnings or the same old garbage. The gawker collapse is good news either way.

ZD are going to cull and re-brand the websites they have acquired. And that will be a good start getting rid of the deadwood and those responsible for controversy over the last few years.

Agree 0Disagree 0
▼✖-+
SPAMInappropriate
Show all comments (39)
The story is too old to be commented.
50°