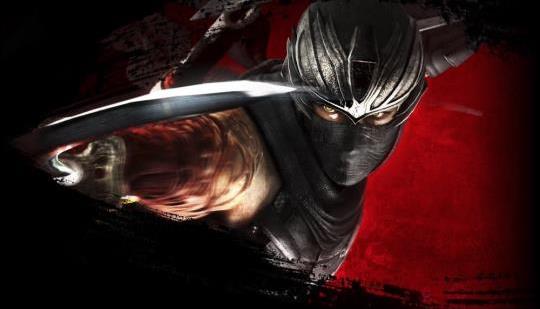 Why We Need Ninja Gaiden 4

Ninja Gaiden hasn’t seen a full release since its third instalment, and that game definitely divided opinions. Personally, Toby loved Ninja Gaiden 3 (He did play Razor’s Edge) and he has been left wanting more of the ridiculous, bloody action the series has become known for. A new Ninja Gaiden probably won’t win any awards, nor will it sell particularly well, but there is a place in his heart for games like it. Devil’s Third was released fairly recently, and that goes someway to scratching the itch for an over-the-top, graphic action game, but it is not as good as Ninja

NG3 was a disaster.NG2 is still best one to date.

we need Ninja Gaiden but with Itagaki making it ...Ninja gaiden 4 must be ultra hard as Ninja Gaiden black or 2 on X360 in order to restart their cult following ..even Devil s Third on Wii U was very good and very challenging (no matter mainstream media are saying)

Wasn't the best in the series but is was vastly improved

I want NG4 but in the meant time can we please get the NG games backwards compatible! :(

NG2 wasn't very good either. All NG2 did was separate progression into chapters and give up AI for a bigger number of enemies on screen.

The first Ninja Gaiden game still has one of the best AI controlled enemies in a hack and slash game and the world was all interconnected like the original DMC games. The game had puzzles and you could backtrack to do certain things too while NG2 and NG3 is all about going forward and pressing buttons from start to finish, they were dumbed-down games compared to the first.

NG2 is one of my favorite games of all time

The new Team Ninja doesn't seem like they fully understand what NG is supposed to be in my opinion.

I really disliked the Sigma versions and 3 was just terrible

Ninja Gaiden should most certainly be brought back, always, every-time.

this would be a great addition. same with a new bushido blade and a new shinobi and a new tenchu. we need great ninja games!

Yeah-yeah-yeah, we do need it.
But you know what we need most of all right now ?
DEVIL MAY CRY 5 !!!!!! GODDAMIT CAPCOM !!!!
I mean it has been 8 years since the last one !! You guys saw the sucess of Bayonetta by Kamiya and still didn't get the hint ??!

DISCLAIMER: DmC doesn't exist. It was our collective mind failing on us. Wasn't real. So don't bring it up.

As a fan of this series, it is time for another NG but it needs to be more like the two Itagaki made and less like NG 3. NG 3 was not very good.

You people are nuts. (not really) Razors Edge is awesome. I finished 1 & 2 on master ninja. Can barely get past the first boss in Razors Edge.

Ninja Gaiden 2 The Dark Sword of Chaos is the best, imo.

Nioh made me forget about Ninja Gaiden, sorry but i dont want to see Ryu anymore.

Devil May Cry 5 and Ninja Gaiden 4 is what we need!

After Tomonobu Itagaki left Tecmo DOA & Ninja Gaiden series died...imo (NG2/NG Black was the best of the series).Would like to see a sequel to From Software Ninja Blade or Otagi also Platinum Games Vanquish.

What a New Ninja Gaiden Game Needs to Fix

The History of Ninja Gaiden: The Resurrection

Fatality: Games That Killed Their Franchises (Or At Least Put Them On A Long Hiatus)