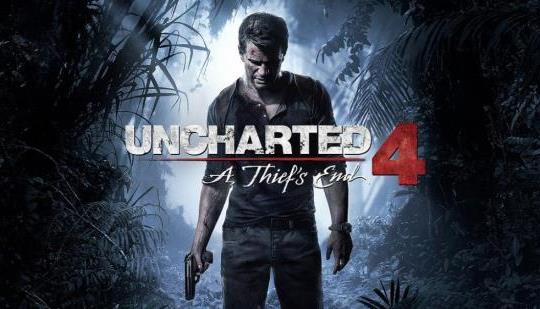 May Is Jam-Packed With High Profile Video Games Releases, To No One's Benefit

May 2016 is literally jam-packed with important game releases, but does this benefit anyone? We don't think so, and here's why.

Adhttps://store.steampowered.com/app/1488200/Symphony_of_War_The_Nephilim_Saga/?utm_source=n4g&utm_medium=native&utm_campaign=sow_n4g_native&utm_content=png
- Comments (128)+ Comments (128)
TopNewestOldest
Expand all
The story is too old to be commented.

Some of them look interesting

Quite a big Uncharted fan so that's a given but I am more interested in Overwatch to play with friends.

Battleborn and Doom are interesting but I'm treating them as wait and see titles.

for me i see only Uncharted.
Don't forget Valkyria Chronicles for PS4 in May as well. That game is worth every penny.

Uncharted 4, DOOM, and Overwatch for me. This year is going to amazing for gaming.

Same I can only get Uncharted at launch but Doom I want it really bad although I will wait maybe it will drop a few bucks within a month or so.

Quantum Break is the flagship Xbox One game and Uncharted 4 is the flagship PlayStation 4 game, each an example of the technical best of their respective consoles. It's like Batman Vs Superman! But which will gamers celebrate most?

Sad to see Quantum break go exclusive. It seems like a wonderful idea. Oh well, I can always take a Walkthrough on Youtube.
UC4 is a given. Mirrors Edge looks very interesting now, after having gotten a taste for parquor in Dying Light.

@Bebedora: Just buy it on PC.

@LordMaim: Thanks for the advice, but just get your gears together and think about why someone do not game on the PC.

Uncharted and Doom already ordered.
That's my May sorted.

Uncharted 4, Rachet & Clank and Mirrors Edge should tide me over till the summer.

Uncharted 4 for me, after the first ten days of getting the most out of Ratchet and Clank

First 10 days of May, then concentrating fully on Uncharted

A few months every year gets packed with releases. May and November are frequent. Sometimes others. It's just follow the l
leader to meet fiscal targets.

Luckily enough uncharted is all I'm interested in for that month. I'll pick up the witcher expansion later on in a steam sale, that's if it even releases in May. And to be honest, I think the starting quarter for this year has been quite good. Unravel, firewatch, sf5, the division, pokken tournament and the witness have kept many gamers going I'm sure. And R+C and quantum break are out next month to round it all off. Nice and diversive to cater to a lot of tastes. I haven't been left wanting anyway!

And Shadow of the Beast just after Uncharted 4

I played that game, and it was pretty freaking fun. I am excited for that game.

Aw man, I forgot about that game.

In May, only Uncharted 4 matters!!!

This guy, this guy here knows what the real deal is

The disagrees speak differently lol. Not that I agree with them.

Judging from all them disagrees, I guess Uncharted is not the only game that matters in May. LoL, oh well. Different strokes for different folks.

It's just Xbone fanboy getting their panties in a bunch lol

While I'm super excited for Uncharted 4 there are several other games that I'm interested in that are releasing that month.

And Doom, and Mirrors Edge, and Overwatch.

replace uncharted by doom and yes your statement is true.

Uncharted 4 and Doom back to back? Maaaannnnn... I'm gonna have to take a vacation from work.

I get why some might feel this way since we've been waiting forever for it.

Drake 4 is definitely the most anticipated release in May.

Some called the others 'B rated' titles... They seem like it when next to Uncharted 4.

No, they really don't. It all depends on what you're interested in. Someone who's a fan of strategy games is going to beuch much more interested in s game like total war warhammer than uncharted 4. There's a lot of good looking games. A little bit of something for everyone.

Uncharted 4 will be the obvious first, but I will have to get my hands on Mirror's Edge, TMNT and Doom. I hope June will be less savage on my wallet, but it's already taking a big hit in that month with No Man's Sky.

I'll be getting UC4 and Doom , really looking forward to both.
I'm tempted by TMNT as well.

RIP my tax refund and wallet!
Unresistable lineup!
But my birthday is May so...
Bring It!

Am getting Dark Souls 3 and Quantum Break in April, hopefully they'll take up enough hours I won't feel like I'm missing out in May

Loads of great stuff I won't get to until Christmas.

Uncharted 4 it's my priority, but i'm looking for TMNT, Doom and Overwatch also.

April and May will be awesome.

Wow, I don't think I'm interested in a single one of those games. I don't think that's ever happened to me in a big major release month before.

What would you get excited about?! A new Hatoful Boyfriend?!

A new AAA Western RPG, a new story based TPS that isn't part of the Uncharted series, a well done stealth game, an English BL game. Lots of games, actually. Just none of the ones being released in May.

Uncharted 4 and Homefront for me

The beta of homefront was the worst thing i played in years, please wait for reviews.

Agreed, and I love Co op games but that game was just awful, generic game play, terrible graphics and just not fun.

The original Homefront had terrible reviews and I enjoyed it besides if it sucks it was only $60 not that much.

April and May I have Dark Souls 3, Ratchet and Clank, Bravely Second, Uncharted 4 and Mirror's Edge. Where will I find the time? :)

What!? The new Mirror's Edge is coming out next month!? That's insane, why haven't I heard any news since the debut trailer last E3? Hope it's good, the first one was really groundbreaking.

UC 4 is a definite, obviously. It's one of the few games I can preorder with absolute assurance I will be satisfied. And I also wish for nothing more than for Doom to absolutely blow everyone's mind, but I will wait for reviews just in case. Really holding out for Doom to be huge though, it's something of an underdog now that the franchise has faded into relative obscurity.

Agreed, it still feels like we've gotten barely any info on mirrors edge 2. The first one was a flawed gem, but is it just me or did the kind of mess up faith's face in the new one? I dunno, she just looks... Different. And kinda weird. Still excited for it though.

I strongly doubt that Mirror's Edge will be out in May. Considering the complete lack of media exposure, and no announcement of it going gold, it seems like a safe bet that it will be delayed.

I really hope so, they NEED to market that game well, gamers are reluctant to stray from what they're familiar with (despite Mirror's Edge 1 being moderately successful if I remember right).

Doom, Uncharted and Homefront interesting month. I will push Mirror's Edge till June.

First ten days of May will be filled with enjoying Ratchet and Clank, then the rest with Uncharted 4

Uncharted 4 and Mirror's Edge are definites for me. I'll see what impressions are like for Doom, if good might get it to pass the time between U4 & ME2, but will most likely just wait for a sale.
TMNT is a probably, but sometime later.

Probably going to wait a bit on Overwatch but Doom and UC4 are day ones.

Uncharted 4 has to be it for me. My right eyebrow has been raising for Doom, though I might get it a month after UC4. What I'm having a dilemma with is choosing between R&C and Dark Souls 3 on 12 April. Waaaahhh!

I'll only be getting Uncharted 4 in May. Not because I think the other games look bad, but because my wallet will be crying from buying Dirt Rally, Trackmania Turbo, Ratchet and Clank, Trillion: GoD and Dark Souls 3 in April. ;_;

looks like a crazy busy month. I am getting UC4 and Mirror's Edge on day 1 from that list.

Same! Uncharted 4 and Mirror's edge are definitely day one buy for me.

None of those B Titles you listed will even come close to touching UC4 in sells or quality.

Well now, that wasn't a fanboy comment at all. B titles? Lol

I see your logic but to be fair, one look at basically every comment on this thread shares only one game in common before all others, and that is UC4...other titles are all varying for different tastes, but if you judge it solely off of this thread, Uc4 is absolutely the 'A' title for the majority of the people here & by extension possibly the general gaming public at large...that's not taking anything away from gamers more interested in one of the many other games releasing, but I honestly think they will be in the minority...I could see UC4 being the best selling entry in the franchise & I think it's a foregone conclusion for best selling Sony exclusive of this gen so far.

I've personally been waiting for Uc4 for so long that I can't even think about any other titles releasing (not for lack of trying), but the next game I will get after I've had my fill of Uc4 will definitely be Doom, maybe Mirror's Edge if it ends up quality (I'm the odd man out when it comes to the first game, I could just never really get into it, love parkour & decently dig the first person perspective, but they just didn't work when they were combined for me...I honestly think the game would greatly benefit from being able to toggle between first & third person) but honestly if I was forced to only buy one game for the entire generation, it'd be UC4, & Id be happy with that decision.

We know the quality we are getting with UC4.. The other ones are maybes.

I'm getting uncharted 4 and doom for sure. Everything is a might for me but I will buy anything if its good. I was thinking about mirrors edge but I'm still not sure about that one or overwatch.

UC4 and Mirrors Edge for sure. I will wait to see Doom reviews, still not sure if it will be good or not. Plenty of games have looked amazing in the past and then were not as great when you actually played them.

Did you play Mirrors Edge?

No I have not played the first mirrors edge, I have heard mixed feelings towards the game though.

May is the reason I'm turning a blind eye to April :3

Doom, Uncharted 4, Dead Island: Definitive Collection, Mirror's Edge: Catalyst and Homefront: The Revolution .. and I will maybe have enough money for one or two by then :(

Doom and Uncharted 4 for certain then