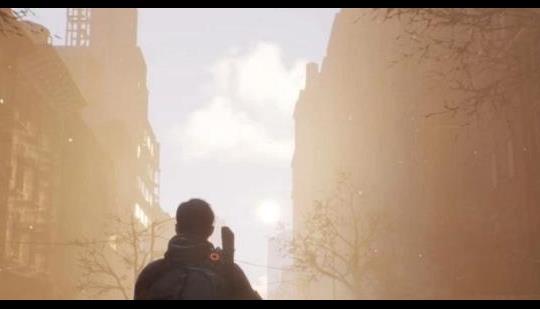 How The Division Has Mastered Environmental Storytelling

Jordan says, "After hearing so many good things about The Division’s Closed Beta, I was eager to sink my teeth into the Open Beta which launched recently on PSN. I got pretty much what I expected: a deeply customizable tactical shooter with the requisite slick presentation and controls one would expect from a modern AAA release. What I never expected, however, was how much I would become enraptured by the world during my brief time with The Division. I ended up wanting to explore every nook and cranny, because the more I explored, the more I found that my character wasn’t the central focus of the stories in The Division, but the world was.

While vague and not really fleshed out in the beta, the story of The Division is fairly simple. After a catastrophic chemical attack in New York during Black Friday, the city is left in a state of Bedlam with gangs running amok and paranoia running wild. Playing as a member of the mysterious “Division,” players are tasked with exploring the city and doing side missions with the eventual goal of reclaiming the city from the madness."

Shame they couldn't master making their game fun to play.

Your comment is only shared by a very small%

True. But QQ gamers are overly vocal with their crying. They want to make sure nobody else is going to have fun.

It's not fun to play? That's news to me. After the open beta I upgraded my preorder to the gold edition. I've never purchased a gold edition before so… yeah I thought it was great fun.

OT - I thought the environment was very cool for the most part, but I wasn't crazy about the Echoes. From what I understand, their reasoning was that a cutscene would take the player out of the world and interfere with immersion, but I'd rather have cutscenes than those Echoes.

There are cut scenes to..

Yeah I know I'm just saying instead of the Echoes I'd rather have a cool movie showing the same thing, though I know there are some rudimentary interactive elements to the Echoes. Idk they just didn't grab me.

I didnt realize you were Ubisoft's Cheif Funtime Consultant. Tell me what about it isnt fun. Because i find the game very immersive for a game that dense. And i find that very fun. I find the leveling and stat management extremely fun as well.

If you are gling to say its not fun youhave to be detailed about it or they cant fix it.

For the article writer, it's not a chemical attack it's a biological attack, a new strain of small pox to be exact.

Over 6 million who played the beta will respectfully disagree with the first comment and then there is the millions who will buy it even though they have not played it.

I really can't wait for this game. I loved the beta and me and my buddies are pumped to sink our teeth into this beast!

New Games with Gold for September 2020

Do You Have a Gaming Relationship?