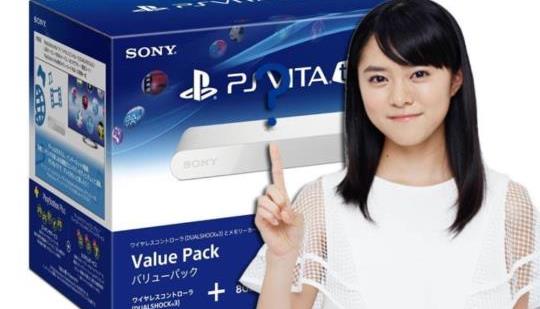 Sony added to the official Japanese listing of the PlayStation Vita TV, or PlayStation TV as it’s called in the west, the label “出荷完了,” which means “End of Shipments.” This means that shipping of the home spin-off of the PS Vita will be discontinued in the country.

That's a huge blow for the device in that region

I wouldn't call it more a huge blow than selling like 400 units a week :D

Yes but that is wholly irrelevant. It's common knowledge that Xbox is on life support in Japan. Vita is presumed to be almost flourishing with insanely high attachment rates and a near never ending supply of Japanese games.

I was just joking. You people has no sense of humor, and who get offended by xbone sales in Japan anyway? Haha

Again, once you venture outside of gaming, no one cares....

The vita is flourishing, the vita tv is not. That's sony's own fault. I bought that device the second it released in the west and it just wasn't the device I expected. I love my vita, it gets used almost every day but I have no idea what sony was thinking with the pstv. No netflix app, they removed the facebook and youtube apps and the games selection is limited compared to the vita. That device was doomed to fail.

Kind of a shame really. It's a nifty little device, and if it's priced anything like we see over here in the states, I can't imagine why people wouldn't get one just because. Heck, I spend more taking the fiancee out for dinner every week or so....and I think she enjoys playing games more than having dinner with me...which I why I brought her her own Vita for Valentines, so I could have mine back.

Off topic above a bit, just wanted to say it's a cool little device.

I think the long term value of these things is going to go way up. They aren't as ubiquitous as the Vita itself, and being able to hook it up to a TV is more desirable to a lot of collectors. In the mean time, I keep two in the house. One for the game one, and one strapped to the back of my bedroom TV.

I havnt opened it yet but now i regret buying it.

The XB1 would sell like the PS4 in Japan if it had a good selection of Japanese exclusive games but it doesn't.

I actually think the Vita could make a comeback if it dropped in price to $150 and supported Micro SD cards but Sony doesn't seem interested in their own product anymore.

i think they tried to give xbox 360 a good selection of japanese games back when it launched in japan, not sure that helped them much though, even a game like ToV went to xbox 360, and now the series is back to playstation

Planning on buying my 3rd vita for my ps4.

Good news. PS TV was a bad product. Beside Remote Play its useless.

It's not a bad product.

Have to admit that I haven't used mine for a while though.

Great product, you're just not smart enough to understand it.

That's too bad. I like mine. For 25 bucks I can't complain. I do wish it had Netflix but at least it has Hulu. Lots of PSP games on there and the streaming is good most of the time.

Watch this space, had centresoft on the phone Friday, selling the last batch (In uk at least)

NOOOOOOOO!!! Still my favorite of the PS gaming devices. With zero moving parts, not battery to replace, this thing is going to last forever. It'll be even better when they stop updating the OS and just let people hack the system.

I love Sony but hate how they half ass something they could dominate with, i.e. Vita and ps tv. Instead of doing the right things for the platform they just give up. Like vita they should have done a major price drop on the memory cards and worked with developers to get a GTA stories, a real call of duty and rpg like skyrim.

Yeah, I like how it was called PS TV, yet couldn't run Netflix or Hulu, as far as I can tell. I don't even think it had youtube. Not much of a "TV"

Really? Yikes even the 3DS has those apps....

I think this is happening in the UK as well. I was looking at buying a second one last week for another room. But I can't find stock anywhere. The only place I can find brand new stock is eBay,Argos and John Lewis. Everywhere else has been out of stock since the beginning of January.

It is a shame I like the PS TV. I use it to play PS One classics plus a few Vita games.

It was a good cheap Vita though. Although those memory sticks. Sony can shove it when it came to price, $80 for a 32G, really?! I could go on amazon and find a 32G SD Card for like $12.

No you can't find no damn 32gb for $12 especially amazon, stop lying

Not saying they aren't overpriced, they are, but you're comparing it to cheap SD cards when in reality they are High Speed SD cards (supposedly class 14, that thing you posted is a class 2, it goes as high as class 16) with a proprietary socket.

Everyone talk about cash grab and piracy protection (which may very well be factors in this decision) but everyone seen to forget that Vita reads media and even OS from that card, in fact, the system itself offload memory tasks for the card (much like Skyrim would do in PS3, which had major trouble with slower HDDs), so it needs to be much faster than your common SD card. If Sony just went with common SD cards, there was the risk of the thing not working properly with the slow SD cards we can find anywhere and that we know people would buy (because it's cheap and we love cheap) only to turn around and blame the Vita for the poor performance and constant crashing instead of the cheap card they bought.

And even if Sony decided to use SD and make a warning on the box to only use fast cards, those are only found on specialty store. For instance, those "high speed" cards for cameras that you can find on Walmart and such are class 10... So creating their own format ensured distribution of a product that would otherwise be hard to come by. And originally this decision wasn't such a burden on the consumer either, as a Vita card didn't cost that much more than similar storage in class 14 or 16 SD card back when it released (it was about a 10 bucks gap), but as it's proprietary and doesn't get produced that much, it simply never came down in price like fast SD cards did.

Not that any of it makes the situation better, they still cost too much and it probably killed most of the Vita potential... Just giving some insight on the matter.

Didn't know the OS and other stuff ran off the card. I was just comparing it to the 3ds, which allows you to use whatever sd card. I guess the more you know, and knowing is half the battle.

Were you not refuring to vita cards

They only needed to bundle it with PS4 in the west when people were whining for a $499 bundle. Now it's $79 and nobody wants it.

Sony discontinues PlayStation TV in US and Europe

Why Did We All Tune Out of PlayStation TV?