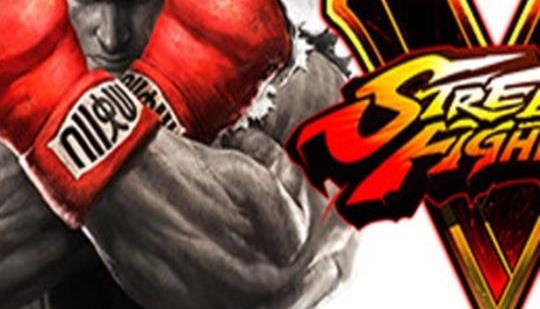 In Defense of Street Fighter V

Street Fighter V is getting a lot of deserved heat from gamers for its current unfinished state. But, honestly, is it really that bad?

Capcom deserves the heat but the game is just awesome. I'd say if you are new to fighting games wait till June...

Or till September, when it has 22 characters at least instead of 16.

Or till December to get most likely a package that has all updates from 2015 but is available for the launch price or less and you don't need to grind for Balrog etc.

Well, when the most important thing, the gameplay, can't even stay at a solid speed and framerate even on PS4 in offline play because it's connected to CFN servers - that's bad.

I was ready to forgive the bare bones nature of the game, because I've been following the news up until release, and knew a bit more than other consumers, still though, it's very disappointing in it's current state. Even for players only wanting online play, Learderboards are pointless currently, with no penalty for ragequitters that rob you of FM/EXP when they drop. Plus, they can drop at the last second when the scores are about to be tallied, and it still screws you.

Sounds like the game is F'ed in 6 months, as opposed to increased value.

Game mechanics are solid, while content and community fairness is not.

I don't know why anyone would defend this. It is horrible that SF turned into such a fiasco.

Got matched against a Bison player last night who was in the top 200 ranked, on a 34 win streak and had 4 times as many league points as me. Looking at his stats before fight even started I'd already prepared myself to take the beating of the century. Shocked to find out when the fight started, he was absolutely terrible. Quit the game literally as I was finishing him off with a combo. Obviously he's just quitting all games just before he loses but retaining his LP and win streak because there's no penalty at the moment. And because it's cross platform there's no record of "players met" so I couldn't even message him to give him a piece of my mind so to speak! I hope the upcoming patch heavily punishes quitters. Oh, and faster loading times would be nice too. This game really shouldn't need the amount of time it takes loading.

The gameplay and fighting mechanics is the reason why fans will keep coming back. Don't get me wrong the content is lacking but the gameplay is still awesome.

Capcom could have avoided all this damage if they had two release of two version; like SFV pro/evo version on Feb 16 and then SFV arcade version on June with updated story mode content.
Game feels like rushed to meet Evo tournament deadline. Still great game though but people interested in those mode is best to wait till june update to buy it.

An online only version of the game as it is today and for only 30 bucks would have been a much better solution.

Now they got the many negative articles, negative impressions and not so good sales.

Negative articles and impressions but for what? Cause people didn't want to take 5 minutes to research? Everything was known but people want to act surprised. Now you have people that don't even care about fighting games bashing the hell out of it.

In a way, this is exactly what they did, except without the confusion inherent in creating two SKUs for retail and rendering one meaningless in June.

I don't think Capcom is concerned with "right now." They seem to tolerate mediocre reviews and a bit of rage at this point with this game. V will have more regular updates and therefore make the gaming news more often, and I bet that's where they're banking on attention outside of the CPT and Evo.

I don't want to use their language about it being a "platform" that will last for years, but... that's really what it looks like. I knew out of the gate I was buying SFV Pro Tour Early Access Edition, and it's fine. I can't wait for the updates. Call me the problem! I'm maining Karin and having a good time.

'In a way, this is exactly what they did, except without the confusion inherent in creating two SKUs for retail and rendering one meaningless in June. "

Indeed, though the problem with this idea is the same that a lot of people make in situations like this and thats not thinking of all the linguistics involved in this.

Like if they release two versions, the first question has to be whether or not it will have a retail release. This means that multiple versions of the game need to be created, printed and eventually one of them needs to be phased out, along with, as you mentioned, multiple sku numbers for retailers.

As for digital ones, well, Capcom would need to work with Sony and others to offer a program so those who've already preordered and want the early Evo edition can get it and those who don't won't.

In addition to that, they're basically creating two versions of the game, so they would need to decide how to deal with it. Are they going to support both, would the supposed Evo version cost less and if so, how much would it cost and does it have the option to upgrade, so on and so forth.

Instead of dealing with all these questions they just released a single version, for the promised price and then told you the other stuff will be added later.

I'm blaming the people who bought the game at launch. They didn't learned from the previous generation when Capcom released the SFIV.

SF4 was a completely different issue than SFV though. SF4 had all the single player modes that casuals pretend to care about but it had bad netcode. This time around the netcode is good but it lacks single player modes. So while the people are to blame, it has nothing to do with learning from SF4 and everything to do with taking the time to research SFV before purchasing. Capcom made it clear what was going to be in and what wasn't going to be in on launch.

Oh, that's easy for you to say from inside a bag of tasty noodles and flavoring! Or perhaps you would prefer Halo (Halo)?

I'm gonna get out of here before I wind up with a lump(ia) on my head.

"They didn't learned from the previous generation when Capcom released the SFIV."

Besides of the net code, what exactly was wrong with SFIV? Outside of the rerelease of Super SFIV, Capcom did a marvelous job in regards to handling future revisions. Sure there was an arcade edition and Ultra SFIV, but each of those were offered as a DLC upgrade of SSFIV for like $15. So instead of paying $60, $40, $40, $40, you could've done something like $60, $40, $15, $15.

Plus, in regards to the genre, who did a better job than Capcom? Arc System Works continued down the $40 SFII route that people mock and even then you had paid DLC characters, microtransactions and pallet swaps. Skullgirls handled it better, but at the same time, the DLC characters were funded via crowd funding, so it makes sense they would give back (especially given how popular it was). Now it looks like MKX is going down the SSFIV path, which is good, but its too early to really comment on it.

If you have friends that have it or that come by to play, its a great game to have.. SP content is just pathetically sad.. IDK what they were smoking thinking it would be a good idea to release it like this.. I like playing my fighting games solo for a while to learn how to play well, this just has a damn survival mode and thats it.. If you die, you start all over.. Thats some BS.. No arcade mode or vs CPU mode..

I'm a Street Fighter fan, I can't be objective. I love this franchise too much. I'm not mad at Capcom, just hurt that they didn't allowed more people, the so called "casuals" to have the sort of enjoyment I'm getting of the game

Why do they always have to have shit new characters?! It boggles my mind, i mean fang and birdie for instance. Utter crap.