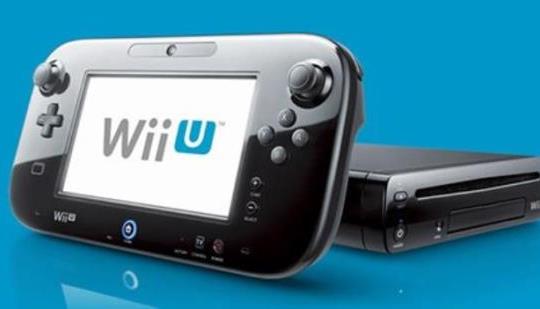 An article that explorers the sales figures for Nintendo Wii U hardware and software for Q3 Financial Year 2016 (April - Dec 2015).

Adhttps://www.youtube.com/watch?v=_iUAHlmkvuE&feature=youtu.be
- Comments (18)+ Comments (18)
TopNewestOldest
Expand all
The story is too old to be commented.

"Wii U software sales show a 9.86% increase compared to the previous year, with the average Wii U owner now having purchased approximately 6 games (6.29)"

Absolutely awesome. Nintendo should look at this and release even more software for Wii U in 2016 as well as 2017.

I am very confident that Wii U will eventually push the 20 million mark and overtake the Gamecube's sales by 2018. It's only 9.1 million away from December figures...and most likely only 8.5-8.7 million or something less than 9.1 million now. A price drop and Zelda Wii U being awesome will do all that is needed. Not saying they shouldn't want to sell more, just Wii U won't be known as their least selling home console. It doesn't deserve to be.

Nintendo reported updated figures a few days ago at the most recent investor briefing. The Wii U is at 12.6 million units sold.

Nice to see it picking up. While it might not be the best choice for single system gamers, for those of us who keep more than one system in their entertainment center, it's a wonderful secondary system.

Scrap the amiibos and give us more games please.

Amiibos give them money that they can use to make games. Ever thought of that?

Yeah that's the way I see it too. Plus they work on two platforms. With how much money and popularity they are getting I am sure they will carry support to their next consoles as well. Meaning more money to have lots of software prepared for NX release. We still have Star Fox, Twighlight Princess HD, Pokken Tournemant, and LOZ Wii U coming out this year. There are a few third parties releasing like Mighty No 9, Terraria, and the Lego games. It is a slow year but that LOZ game is going to be a big one.

I think what we are seeing is that all the people that were holding out until the Wii U was worth it are now buying one. If they dropped the price now by fifty bucks on their bundles I think it would sell a ton more and open their market up for more amiibo and game buyers. They are geniuses at supplementing their income that's for sure.

No, the end it's its discontinuation from the market.

Even more time to sell past the GameCube is what I meant. There is plenty of time to sell more than the 17 million he suggested.

I mean by the time it will be discontinued. Nintendo hardly I nstantly discontinues a console immediately as soon as when its successor releases.

People who think the nx is coming this year don't account for the fact that wii u sales have been picking up year after year. The longer they can ride it out, the better.

Yeah, better look at those numbers, because - let's face it, when (like me) you suddenly find you are too old and/or don't have the time to indulge anymore, it will be who sold however many games/consoles which will stick in the memory, NOT the experience and fun which was had.

The longer the Wii U is nintendo's primary home console, the further away 3rd party support goes.

Nintendo needs to release a home console that isn't a secondary console people get after Xbox or Playstation. One that third party publishers can be confident in putting games out on. Until that happens, N will ONLY be a system for 1st party games. Which will land them in last place every time. Not saying that spells doom for them, but it is what is.

The longer the Wii U is nintendo's primary home console, the more likely it is the NX will come out and be competently powerful when compared to other next gen systems which will probably have multiple years of tech advancements behind them by the time they come out.
Hence why it is better in the long term for nintendo to ride the Wii U for as long as possible.
Hell, it'd be great if they rode it until after the PS5 came out for this reason, but it won't happen.

Thats very interesting numbers. So the wii u itself still isnt pushing sales by a much larger amount that it could have but things like amiibos are selling like hot cakes. Perhaps they need better marketing for their console?

SO is the WII U a gaming platform or an Amiibo machine cant really tell the difference at this point.

Animal Crossing Through The Years: The History of Toy Day