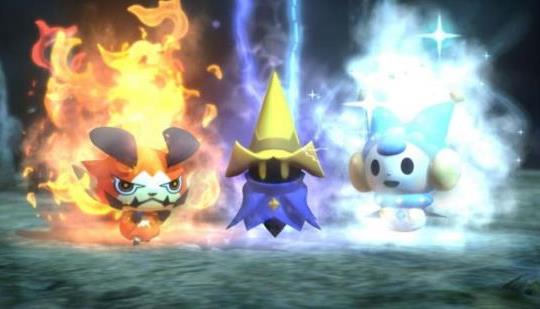 The Best And The Worst Final Fantasy Spin-Offs

Big franchises often take advantage of their fame and appeal with a variety of spin-offs. The RPG juggernaut Final Fantasy is no different and throughout the years it has experimented with many different flavors. Some worked out much better than we ever expected; others were complete disasters. One thing is certain: Final Fantasy spin-offs aren’t going away.

Square Enix just launched Final Fantasy Explorers this week in North America and World of Final Fantasy is currently in development. But we didn’t want a list that just discussed ‘respectable’ games like Crisis Core or Revenant Wings or select average titles like Final Fantasy: Chocobo’s Dungeon and Final Fantasy Dimensions. What good does that do? We wanted to zoom in on the best creations, while also looking at the games that went horribly wrong.

Adhttps://store.steampowered.com/app/1488200/Symphony_of_War_The_Nephilim_Saga/?utm_source=n4g&utm_medium=native&utm_campaign=sow_n4g_native&utm_content=png
- Comments (0)+ Comments (0)
TopNewestOldest
The story is too old to be commented.
90°3

Kingdom Hearts: Melody of Memory was Almost a Theatrhythm Game

The 'Teen Years: A Look Back at Kingdom Hearts over the Past 10 Years

Which Kingdom Hearts games should you play