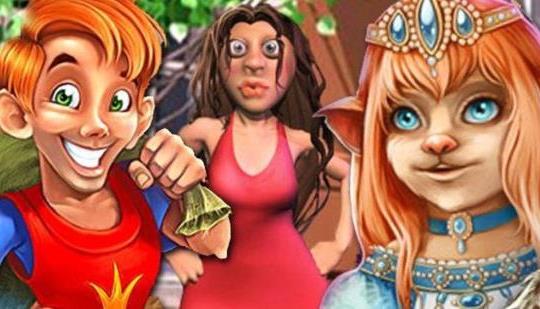 Each and every year, we like to subject ourselves to a special form of torture: diving headlong into a pool of abhorrent box art. Like Scrooge McDuck, we paddle through this bottomless vault of crappy imagery and incoherent portraits, searching for the absolute worst of the bunch. And let us assure you, dear reader, we've found the most repugnant cover art 2015 had to offer. These pieces of "art" turned stomachs and burned the eyes of all who beheld them - and according to Amazon, the majority of this shovelware was released last year. Hey, if it's the reputation of Amazon founder and CEO Jeff Bezos on the line, who's to argue?

They say you should never judge a book by its cover, but when that cover makes you burst out laughing uncontrollably, there may need to be an exception. We're not saying that's definitely going to happen here, but… Well, actually, it probably is. Sorry.

lol the comedy with how true this is hahaha When you think about it, games cant afford to have bad box art, that's what catches someone's attention x)

Are You Smarter Than A 5th Grader? Review - ThisGenGaming

Are You Smarter Than A 5th Grader? Review by Video Chums

Review - Are You Smarter Than a 5th Grader? (Switch) | WayTooManyGames

Are You Smarter Than a 5th Grader? Review | TheXboxHub

Are You Smarter Than A 5th Grader? Review (PS5) – A Slouch Co-Op Party Game | FingerGuns