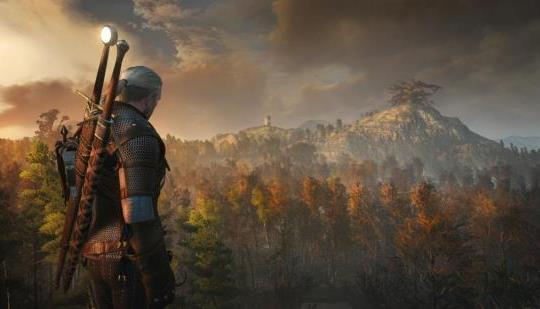 OnlySP: Now it’s time for one of our most popular award categories: the Best Graphics of 2015. It’s no secret that games are getting prettier and prettier as the years go on and while there are some downsides to what some are calling the “graphical arms race,” it certainly is not bad that we’ve been getting much more aesthetically-pleasing games as a result as more and more games put on shinier coats of paint to catch our ever-fickle eyes. This year saw some of the most beautiful games in the history of gaming and this is our chance – and yours! – to recognize those games.

Adhttps://store.steampowered.com/app/1488200/Symphony_of_War_The_Nephilim_Saga/?utm_source=n4g&utm_medium=native&utm_campaign=sow_n4g_native&utm_content=png
- Comments (188)+ Comments (188)
TopNewestOldest
Expand all
The story is too old to be commented.

Not in a particular order :

All these games have amazing tech and/or amazing art direction and/or awesome assets/architecture.

Lmaooooooooo. This dude put Fallout 4 in the list. I'm done!

Graphically the best on consoles, I'd have too say the Order 1886 hands down!
Just got it a few weeks ago on a PSN sale for $10 and WOW! It is visually freakin' stunning!!!
still can't believe what I'm doing in it is actual gameplay.

The Order doesn't belong on this list. It's a corridor 3rd person quick time movie. Not really that impressive given the massive constraints on gameplay.

Lol at people who say Fallout 4 and Halo 5. Talk about people who don't have an eye for graphics.

Between these games for me. Added some full resolution in-game shots. Used ultra settings for the reference on witcher and star wars. tried to use all 1080x1920 or higher, if possible for star wars and witcher. (the order is 800x1920, hence the black bars, with film grain, they are full resolution PNGs, and a few JPGs, though)

I personally and leaning towards tomb raider, close behind is the witcher but I could see the case for each.

Tomb Raider isn't just pushing a lot of rendering effects, it's also rendering bigger levels. the game goes seamlessly from above ground to below with caverns, crypts and underwater activity.

1. The Order
2. Star Wars Battlefront
3. Rise Of The Tomb Raider

Bloodborne? Really? The game is great, but it looks like ps3 title and art direction isn't anything special as well. Fallout 4? What you've been smoking, dude?

Game with the cleanest IQ on consoles this year:

Game with the best atmosphere:

Star Wars Battlefront doesn't get enough respect. It's looks freaking amazing. Probably way up there with The Witcher 3.

You thought this is the best IQ of any game on console?

I'd have to disagree on that. it's ok, but there are certainly games that looked a lot cleaner. Your list seems reasonable otherwise, I would definitely put tomb raider higher and add the witcher, but that's just me.

SW: Battlefront
Ori and the Blind Forest
The Witcher 3
Rise of the Tomb Raider
Bloodborne

Graphics are nice, but 3rd on my list. Witcher is first, gameplay,visual. Bloodbourne, second, same reason plus atmosphere. Order.....Soooooo bitter sweet. Absolutely loved it but short. Watch gameplay on the order on a screen that its meant for, you'll die.

Not sure why you got disagrees. Add the order and its good

That's what I meant. The order was absolutely gorgeous but really short

overall best looking game THE ORDER 1886 and it's not even close. if you have 2 working eyes(or one could work too)than you know that's the truth but if you have your official fanboy glasses on than anything else

star wars is also one of the best looking game

Lol guess you never played Project Cars on PC then.

And you're trying to play the fanboy card!

I didn't say pc did I? Almost any game that releases on pc and consoles will look better on pc

I was just talking between ps4 and Xbox one

There is a reason why every racing game gets compared to Driveclub, console or PC.
It may only be 30 fps, but damn those graphics!

Dont be sorry Driveclub is an awful game

Nothing I've played this year comes close to the vanishing of eithan Carter.

The Order 1886, Witcher 3, SW:Battlefront and Until Dawn. Games with best graphics in 2015

Yoy are limited there is better out there.

* I personally care more about Art Style than graphics.

Some games have great graphics but are kind of bland, and other games have not the highest quality of graphics, but are beautiful to look at.

Personally speaking, The Order 1886 in regards to realistic graphics because at one point in the game, I felt the character models actually looked like real people. As for a smaller indie title, I really liked how Fast Racing Neo looked considering how small the development team was and the hardware limitations they faced.

Aesthetically-pleasing, personally again, is Yoshi's Woolly World because my girlfriend and I love how adorably cute everything looks. I also have to give recognition to Ori and the Blind Forest because of how captivating the settings were.

Battlefront running at 4k60fps looked photorealistic at times. Mad Max and Just Cause 3 had some of the best fire, explosion and smoke effects I've ever seen.

Go back and play it again. Star Wars and The Order put it to shame now. It was great when it released but things have come along materially since then.

The shame is SWBF is a rip off for the price!!

Wow I can't believe we're getting into RYSE: Son of Rome. That old-ass game only looks better than the PS4 games you're trying to compare it to, in its facial detail and animations, ANDDDD........ not much else.

Here's all the proof you need: https://www.youtube.com/emb...

Out of ALL the images of RYSE that are out there, you chose one that shows off how lifeless the faces of the characters look? Even I could find a better picture than that. That doesn't even look better than the Joel character model from a last-gen game.... The Last of Us Remastered: http://i.picpar.com/7NX.jpg

What kind of garbage, meaningless excuse is that? Seriously. What does that even mean? How does Joel look fake? What do you mean he looks more animated? Joel's character model has more detail on his face than Marius does. That's just Naughty Dog for you (detail up the whazoo). It doesn't matter what he's trying to do at that point in the game, or what the expression on his face is.

And where am I "hating" on Ryse? I'm hating on your ability to be fair and honest in comparisons and I'm hating on the consistent Xbox fanboy trait of misrepresenting games. This is not the first time I've dealt with Xbox fanboy trying to use Ryse as a trump card over PS4 exclusives and had them fail to present show-stopping proof, but elect themselves a win out of their own bias.

I never said Ryse is not a beautiful game, but it's no longer a trump card, and you're back to your tricks of providing misrepresentative comparison shots. It's pretty pathetic, your excuses are pretty pathetic, and you're doing a terrible job of comparing the games. All I'm asking for you to do is be honest, because you're not. You're not qualified to do honest comparisons, so stop trying.

but here's what ryse looks on my pc
https://lh3.googleuserconte...

Yeah thats really the only answer.

Wasn't ori an Xbox exclusive? Or was it on PC as well?

The Order 1886 and there's no competition. I don't care if you hated the game or not, the graphics set a standard this gen.

Man, I almost cried I laughed so hard! That part where you said "no competition" was priceless!!!

As someone who only has an Xbox, the order has the best graphics this gen so far imo. Although the fanboys would tell you the Xbox has nothing, ryse, ori and tomb raider are beautiful as well.

Although Sony has some talented studios yet to show thier cards

I loved everything about The Order

Other games most certainly do compete. Star Wars Battlefront, for example, at its best looks better than any other game I've seen.

Different games have different strengths. The Witcher 3, for example, has detail on a scale far greater than games like The Order 1886.

The Order has massive gameplay constraints to achieve it's graphics. It's basically a CGI movie with a part time 3rd game inserted in. To me there's nothing impressive about that.

But we talking graphics here.

Nobody cares if you're impressed, Maxor. And why would you be, when you go to such lengths to dismiss a game?

There's no disagreeing that the game looks good. Unfortunately the game looks good with too many costs. Letter box resolution to render less on screen, a lower capped FPS at 30 and entirely linear gameplay. When you factor all this in together, it's no longer as impressive.

"When you factor all this in together, it's no longer as impressive."

What ?
Wow this is pretty stupid.

How is it stupid? If you can run a marathon in world breaking time but you did it with handicaps, it's no longer as impressive is it? You beat Usain Bolt in a foot race, except you're using a bike. Not so cool any longer. To get to that graphical fidelity they had to cut the resolution, they had to drop the frame rate, and they had to relegate the gameplay to corridors and scripted segments. When you factor all this in, it takes away the visual punch. Unless you suddenly consider the ultra mega textures people use in Half Life hallways as being the epitome of graphics.

Except RotTR and SWBF look better

Id give the nod to the order, if you havent played it for a while i will guarantee you will still hold controller for cut scene to finish. joke being cut scene has already finished it looks that good

Graphics? Why so many people care for graphics?

i know right? i remember playing some older games from 2002-2004 and be like maaan this is almost real life. And look at the graphics today, and yet people are never ok with it. I would take good story, performance and gameplay anytime over graphics and resolution. anytime.