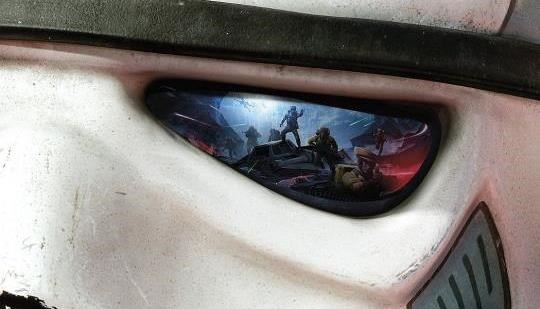 The Biggest Gaming Disappointments of 2015

I thought Mad Max was pretty good. Its great start for a new IP and hopefully if a sequel ever get made, it improves in its shortcomings.

Battlefront not having a campaign was really disappointing for me. Was really looking forward to even a minimal campaign from Battlefront. Loving the MP though, so not disappointed with the game overall, just the lack of a campaign.

I'm very happy with the way it plays as a TPS and that was a very nice surprise for me considering FPS focus nowadays.

Battlefront is a TON of fun actually.. cant really say its "disappointing" just because of no campaign. Judge the game for what it is..

I've been loving Battlefront. I was initially disappointed about no sp since I'm usually not much for mp but I've been having a blast. The overall game totally delivers and is not a disappointment.

Well said Venom. Take the game for what it is.

I agree with the points made about Batman: Arkham Knight. The lack of bosses and even the lack of Batman villains was extremely puzzling. No Freeze, no Bane, Mad Hatter, Clock King, Killer Croc, etc, etc. I mean for the last entry the dev should have went all out and tried to throw in as many as possible.

And yes, the identity was guessed by EVERYONE long before the game even released. Even when Rocksteady was trying to say it was a completely new character.

Personally a big disappointment for a game in 2015 would be The Order. But the number one disappointment in 2015 were the DELAYS. Almost every anticipated game was pushed to 2016.

I definitely felt the same way in regards to AK...It was almost like they took that initial criticism about the boss battles not being up to snuff in the previous games (I personally enjoyed all of them but I guess a fair few didn't) and instead of working to make more in line w/ the Mr. Freeze boss battle, they chose to eliminate them entirely. Think that may have been the biggest fumble w/ the game, and if there's ever a time where devs shouldn't pay very close attention to the criticisms of a vocal minority, this was one of them. I still enjoyed the game because I'm a big fan of the gameplay & character, but it was a lackluster final entry in a lot of aspects. The identity of the Knight didn't bother me much because it was wrapped up w/ the Death in the Family storyline so well, it may have been obvious but it was also the most natural way to do it.

The Order was cool for me, but it was one of those games that don't draw me back in for replays as much as others...I saw it as a solid start to what could be a great franchise, but maybe not amazing in & of itself. I still appreciate it though because we got so few linear narrative driven games this year it was basically one of the few games in my favorite genre of gaming...everything else was open world rpg's & online only mp fps games. All in all I can see how this year was great for a lot of gamers but next year is where its at for my tastes...in the first half of the year The Witness, Firewatch, Mafia 3, UC4 & QB all look amazing for my tastes...don't have an XBO yet but games like QB will be the ones that finally get me to grab one. Really hoping proper narrative driven sp campaigns make a big comeback next year.

Good points and I agree. I also agree that 2016 may be the year we start to see these consoles come into their own with some releases of these highly anticipated titles.

I am really looking forward to QB, Horizons, Overwatch and a few others. I am hoping they release on time and are just as good as they are being hyped to be.

I loved the "Order" but its lack of depth was a big disappointment to me along with the insanely boring boss fights. There were other things i loved about it like its gunplay (combat when it was present), story and graphics.

No extended or concrete Zelda gameplay or footage for Wiiu was also a bummer for me.

That definitely would have better than what we got but i just wanted a regular boss fight with a real hands on fight not that bs we got.

Boss fights were the worst thing about the game. No doubt about it. Nice overall game though. Not a disappointment for me. Halo 5 having a crappy sp was disappointing. As was the state of arkham knight on pc so I got a refund and have not played it (better off by the sounds of it). I saw battlefront as a disappointment when all the details came out but actually I'm really enjoying it. I was disappointed by xenoverse too. Other than that I've had a pretty good year games tbh!

Would have been nice to fight more werewolves that didn't do the same attack pattern every single time.

Also, it would have been even better to actually fight vampires in the game. For an Order that supposedly fights the supernatural they sure didn't do enough of it in the game.

Zelda U being delayed just adds to the list of many games that were delayed this year.

They did a great job at setting up a vibe for an awesome franchise, but it wasn't a complete gaming experience.

I hope they go forward with 1887 and live up to the potential, it could really be something spectacular.

Battlefront wins most disappointing from me hands down. Game feels like a demo.

That's because it's a $110 game. Seems like you only purchased the standard edition which is only 25% of the game.

my biggest disappointment was mgs5, loved mgs4, then we got a repetitive generic bore fest in mgs5.

Mortal Kombat X was probably one of my biggest disappointments. for whatever reason i just felt like a lot of the games mechanics were super weird in comparison to MK9. stuff like jump mechanics and low-pokes just felt off.
Also, did anyone else notice the significant dip in story quality? MK9's script was written so well. i was shocked to find mkx's corny one liners informal speech.

Tony Hawks 5 has gotta be the number 1 disappointment for 2015.

Nintendo did great with wii u this year

Everything We Want to See In Star Wars Battlefront 3