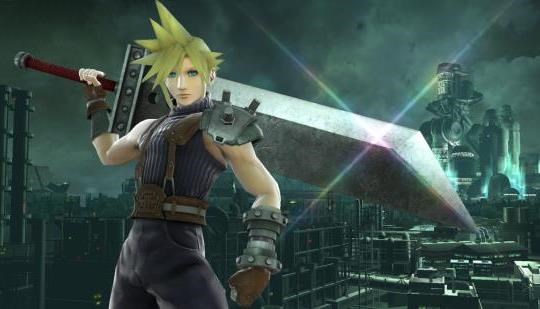 Final Fantasy VII’s Cloud Has Literally Been in 36 Games

Earlier this week, Nintendo dropped the bombshell announcement that Cloud Strife from Final Fantasy VII will be joining the Super Smash Bros. roster in the near future. He’s made quite the name for himself since Final Fantasy VII launched in 1997, appearing in many, many other games since then. Sometimes he’s properly playable, other times he pops up in a cameo appearance, and more times still he’s just there on a mini-game playing card. Whatever the case, here are the 36 places you can find Cloud in other games throughout the last 18 years.

I knew Cloud had been in a lot but damn!

I think they missed the mobile game from VII where you snowboard and collect balloons. BTW, wow that is a lot of mobile titles.

Cloud is literally the poster boy for the Final Fantasy franchise

Which is a shame because there are many other better games and characters that should take the spot.

The one in you avatar picture is the best FF character.

Cloud is iconic because of the game he's from - not so much his character.

Regardless, he is a pretty great character before Advent Children made him all emo like. In the original FF7, he was a cynical somewhat witty guy.

Hope the remake will portray this.

Na man cloud is just God mode none can replace

Ergheiz was the best game Cloud was in. God Bless The Ring.

Ummm I beg the differ.

Bit pointless. Rather it shows Square willingness to exploit their characters/lore.

Nintendo has had Mario in over 200 titles, also consider Mega Man has been featured in over 70 titles from main games, spin offs, cameos etc

You're only emphasizing my point. Megaman being pimped all over did nothing for MML3.

Well Cloud has only been used in a small handful of titles that many might consider part of the main FFVII lore ie Crisis Core and Dirge Of Cerberus. The rest are not really titles to even be taken seriously i terms of the FFVII lore.

ie Cloud in KH series doesn't actually have anything to do with FFVII, as if they made a sequel directly to FFVII, I don't see them just having players assuming anything in KH series applies to the game.

Thus...I can't say its abusing the lore, I quite honestly don't care. As a fan of the series, its not killing me that Cloud is in Smash or in Squares other Fighting Games etc.

And no, Capcom did nothing for MML3, him being used in many games has nothing to do with that game getting canned. That is all Capcom.

How much is Mario being in many titles hurting Nintendo?

Its not just Cloud. Its Cecil. Its Vivi. It Lightning. Its Square extending the life of characters from singular titles to increase their brand overall. And either simplifying future games, or not making anything technically new at all. Rather just continuing vehicles for elements from older titles.

As Mario and how he's "harming" Nintendo? He's not. He's cemented their brand into the public consciousness.

But he's also limited how they move forward. How they make games. It puts them outside of what is considered to be the general game market, until they a Mario game.

Let's count how many games Mario has been in.

Don't forget about the inevitable 8-bit Cloud costume in Super Mario Maker unlocked by the Cloud amiibo sold only in the cloud.

Grabs pitchfork: Cloud is annualized and it waters down his franchise!!!!11 one one

Meanwhile the best characters like Edgar, Locke, Celes, and Setzer are overlooked.

Sorry, but Cloud has better character development than all of those characters combined.

Says you. Many hold FF VII dear because it's the first FF game they ever played. Don't get me wrong, I like Cloud but he is not the most interesting or likeable FF character. Play FF VI again and, without being biased, state in all honesty that he has a better arc than the characters I mentioned. Zidane blows him out of the water as well as far as charisma and character development.

First of all, VII wasn't even my first FF. Of all the characters that you mentioned, only Locke and Celes have good character arcs and even then, they're nowhere near as fleshed out as Cloud. For the record, Zidane is my favorite protagonist in the series, but I won't go far as to say that he had better development than Cloud.

Cloud is the true FF mascot.

Chocobos, moogles, and possibly black mage are the FF mascots.

Cloud is more recognizable than any of those things to a non-FF fan so he might as well be.

Mogs, Chocobos, Tonberries, Behemoths, Bombs, and Cid are the mascots for true FF fans. Cloud is just one of the heroes and not even one of the more interesting ones at that.

Cid is more of a legacy character than a mascot. Regardless of whether you liked Cloud or not, you can't deny that he's easily the most iconic character in Final Fantasy.

He is the most iconic FF character but that is only because he is the hero in the most popular FF title. FF VII on the PS was groundbreaking for its time. It was a gamechanger. Nobody had ever played anything like it. Of course Cloud will be the most recognized character from the franchise. Doesn't make him the best, most likeable character though.

And yet Sony could not get him in Playstation All Stars

Maybe Cloud will appear in the sequel or maybe because PS Allstar was developed by American developer.

Had no clue he was in that many games, that's way more than I thought