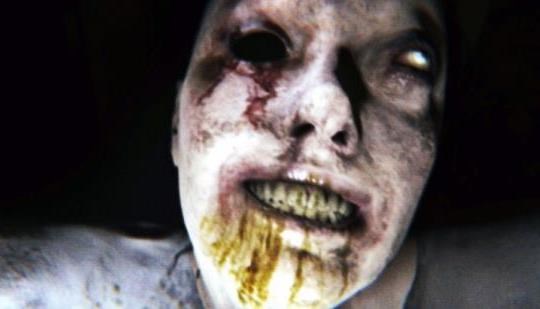 The Koalition’s Scariest Video Games of All Time

Stephanie Burdo from The Koalition writes:

"With Halloween just around the corner, TheKoalition.com has decided to list some horror games which petrified us the most.

Please note that this list is in no particular order. Each selection has been made by individual writers who found their respective choice their most terrifying experience in gaming."

thekoalition.com
- Comments (5)+ Comments (5)
TopNewestOldest
The story is too old to be commented.

I mostly agree with those except with Alan Wake, it wasnt scary at all.

I've played all games on the list. Alan wakes was intense at certain moments not scary. Fatal Frame; I was quite young then it got me scared shit less(damn camera). The evil within was ok but Resident evil scared me more back in the day (maybe its because I got older, dont know).

As for PT? ok...I advice people NOT to use surround headsets whie playing this...Jesus... I could hear her moan behind me right on top of my ear at times and I could for the life of me turn around...mind f***

But my god does Alien Isolation raise my heart beat. When you're being chased by the xenomorph and you know you are totally defenseless against it can scare the bejesus out of you, things get worse when you realize that running for it when you encounter the beast makes things worse, yeah...

That said Silent hill 2 was scary as shit as well, especially when the Pyramid head chased you...

My first playthrough of Alan Wake was without HUD so the first couple hours was kinda kinda scary, occasionally being lost in the woods chased by possesed rednecks.
Alien Isolation was really intense and i'd say it's the scariest game overall i played. Sadly i haven't played PT since im PC only, but watched the first 15min online and it looks sick.
But the scariest moments for me were wandering at night in STALKER games, scarier than all the smeared guts on the walls and closet monsters of Evil Within and Dead Space. It has such an oppressive atmosphere that no game comes close, and that's whats missing in most horror games. Looks like a tough one to successfully pull off.
Real shame such games are so rare, out of hundreds i played only few were scary.

Hmm i need to play STALKER...

As for scary games not being that scary anymore \I thing its that we've seen it all and nothing surprises us anymore...

Now Alien Iso was scary not because it had the new thing, it was a cat and mouse chase on a spaceship again but the devs played with the sound in such a way that they breathed new life to a tired concept (cat and mouse).

Remember that time early in the game after that guy got impaled by the Xenomorph? Now from there we walked in the transit area and called the transit... smoke filled the dark area and a heart-pounding music started while we waited for the train car. Tell me that cant scare the bejusus out of anyone! I was literally waiting to get dismembered by the xenomorph while hiding like crazy! INTENSE. And that was just the start of the game!

only game that has really scared me is Fatal Frame 2

10 Games that Break the Fourth Wall

How Ghostwire: Tokyo Emerged & Evolved From The Evil Within 3's Ashes