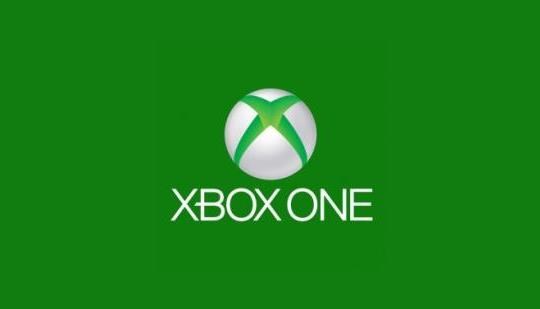 Microsoft’s Xbox Division head honcho Phil Spencer is always quite open to conversations with the fans on social media, and today he went on one of his usual Twitter sprees, talking about quite a few interesting topics.

Adhttps://store.steampowered.com/app/1488200/Symphony_of_War_The_Nephilim_Saga/?utm_source=n4g&utm_medium=native&utm_campaign=sow_n4g_native&utm_content=png
- Comments (44)+ Comments (44)
TopNewestOldest
Expand all
The story is too old to be commented.

Sunset Overdrive was so fun, unlike any game I've seen in a while. Felt kinda fresh to see something unique. Hope it sold well, it deserved to, would love to have a sequel, maybe multi-platform this time so our PS brethren could share the love too.

They should make it one of their games for gold this xmas, I'm sure it would be extremely popular and drive a thirst for a sequel.

Sunset Overdrive received a positive critical reception but sales wise it underperformed. The reality is that businesses have to make a profit, if there is a sequel then Insomniac will follow the Titanfall example and make it multi-format so it is available to as many gamers as possible.

I'd like to see your insider information as to how well sunset overdrive did and how it underperformed, because I remember that they sold out of sunset overdrive limited edition bundles as well ,the October 2014 npd had it at the 9th best selling game that month if you sorted by skus it stated and released on October 28

And it debut in 2nd next to Fifa in the uk

If its multiplatform Microsoft won't be funding it consider that.

@Pumblechook. Microsoft funded and marketed SSOD even if it sold 1 copy insomniac didn't lose anything also they would have to go elsewhere for funding if they went multipkat which I doubt since they have a solid partner in MS.

You don't know the sales aims for SSOD therefore you can't say it underperformed.

@Waluigi. Before Microsoft would fund a Sunset Overdrive 2, they would have to consider the benefit to their platform for example would it drive new console sales? If they think it was a big draw then they would pay for it, if they don't think it would they wouldn't! Microsoft paid BIG for Titanfall but it didn't move Xbox One units the way a Gears of War game can so they won't be going exclusive with the sequel.

Insomniac are a mid sized but established studio. If they don't have the resources to fund SO2 they could certainly do so from investment partners.

I do get you point about not knowing what the SO sales aims were. But they were hoping for very good things. It was a well funded game with significant advertising budget ( I heard Ted Price talk about it in person at a UK event). Less then 890,000 games sales (including bundles and discounted copies) was absolutely a disappointment. It doesn't mean the game was a technical failure, it just felt to resonate with the wider public.

No on the whole brethren BS ,their platform share's no game so no game should be shared with them . Am all for an Exclusive Sequel to SSoD .

I would like it to stay exclusive. PS4 has plenty of exclusives already.

I never understand that philosophy...wouldn't that amount solely to wanting bragging rights? I honestly think gamers should want for exclusive first party studios, not exclusive titles from 3rd party developers. If MS would've spent all of the funds from this gen alone that were funneled towards 3rd party exclusives & timed exclusives they could've most likely started a pretty phenomenal first party studio that could be cranking out the greatest game in Xbox history. Instead these 3rd party deals typically turn out half steps & games that are known commodities, they'll be good fun but they won't be mindblowing because they still aren't fully catering to the system's strengths.

He said "Multi-platform" and even if he didn't

he still shouldn't get downvoted.

Agreed with everything you said

The game needs its own franchise

Insomniac didn't release it on PS4 because Sony wanted to own the IP, so they went to Microsoft instead. However, now that the first game is released, Sony can't own the IP anymore, so if they want, they're free to release the sequel on PS4 or even port the first one too.

So can Capcom release SFV on Xbox One because the own the IP? No. Because there's clauses in the contract just like with SSOD, they cant release SSOD because MS funded it.

Yes, they very much can and likely will after their timed deal with Sony.

Sony doesn't own the SF IP.

I'm sorry but the contract won't some how override the whole IP LMFAO! It just makes zero sense. That is like saying I can pay to exclusively use your car for life, but not actually spend the money that equals your car...it makes no sense.

Sony can't pay Capcom a lessor amount then the IP, to withhold the IP from a system.

I mean...the deal is literally stupid and laughable. That is very, very unlikely that the deal states that.

its likely for a year for Street Fighter V vanilla ie before Super, before Ultra, before Alpha, before Hyper etc lol

soooooo not sure what you mean bud, that really doesn't mean much. 100% sure Insomniac owns that IP, not MS.

I love the interactivity Phil has with consumers.

5 people don't love the interactions between Spencer and the consumers.

You got disagrees for that? Who doesn't want more heads to be down to the ground with the fans of their products? Especially in gaming.

It's good he says what's not in development so the fanbase can then get some buzz going to hopefully push higher ups to decide to greenlight it. Nothings guaranteed but it can spark some light.

That's true, but who thinks that likely at all?

Phil recently made a statement that his focus is on first-party now and when quizzed about properties belonging to others he has also said he'd rather focus on things they own. Insomniac at the time, went with Microsoft as publisher for a reason - being so that they could take their game where they liked. Like Titanfall 2, I'd expect a sequel to be published on multiple platforms.

Microsoft gave Sunset a chance, so they deserve a sequel to be only on Xbox, but based on MS track record early this gen that's looking highly unlikely.

Fair point, I'll take a sequel whether it's exclusive or not!

Microtransactions in Tomb Raider really turned me off.. I dont understand why devs shove that BS into everything these days.. First it was DLC here and there and now DLC, season passes, and micro transactions for every damn thing.. Im not getting XB1 this season i guess.. Halo has that BS too so your looking at close to $100+ for a single game with all its content.. Screw that

Yet some people are happy to pay the full retail price for remaster games and to stream old games they already own and pay again for them. No one is forcing you to do micro transactions but still it's your choice. I take it you will shun every game that does micro transactions and season passes?

No but its a common practice now since some people have no issues buying into that stuff.. Games used to be about having fun and had content that was unlockable without paying.. Now devs are trying to nickel and dime people for stuff that should already be in there

@emz99
Logged in specifically to agree to u buddy, i am happy more felow gamers see how bad this hobby of ours and our wallets are being raped.

Sadly its wasted on a hack of a site like N4g , these kids dont know how bad it has gotten.
You are so on the money but allot of todays gamers fail to see the bigger picture. :(
Its truely a tragedy, back in the day we used to unlock stuff from games by doing cheat codes or playing allot, but now we have to pay for every little thing! People bang on about how expensive games are to make thus justifying the devs/publishers knickel and diming us but the facts are that games developers are paid ridiculous money per hour/per year! They spend crazy amounts on marketing thier buggy broken games instead of making a solid game which sells itself.
Compare your average game developers wage to say a fireman who saves lives everyday, its laughable.
Gaming is bigger then its ever been, the customers/Cash is there we just want good working games which have value.

There are too many sheep especially on N4g!!
Dont waste your breath buddy. Sorry for typos typed on ps4

Halo 5 has free DLC, including 18 maps for free post release. You can unlock everything in the game without microtransactions.

Halo 5 is almost unrival in value and content of the AAA games released until now. The only thing beating this is Halo:MCC and Gears:UE in value, and that is maybe.

I don't see what the complaint is about the micro-transaction, but hey go play CoD or something else instead!

Micro transactions traded for free dlc is ok with me. Especially since I can never pay another cent and get what is typically charged as a $40-50 season pass worth of content and the game will not split up its user base (which was always my problem buying dlc on call of duty as the new maps would empty with every release) then I'm all for it

Didn't insomnia games not already say that they wanted their next game to be multiplat?

This game should have had campaign coop

Really hoping for a SSOD sequel. Takes me back to Jet Set Radio days, but with a modern day spin to it.

thats a total shame it didnt do that well as i think sunset overdrive is a good game, sure its nothing that makes you go wow but its pretty fun and plays very well and has comical moments.

anyone who liked crackdown/infamous/jetset radio/dead rising etc will like this game as its basically a mash-up of all of them.

I would love a sequel to Sunset Overdrive. It's one of those games that deserves to continue on for sure.

oh thats why we haven't seens sunset overdrive on the PC yet....