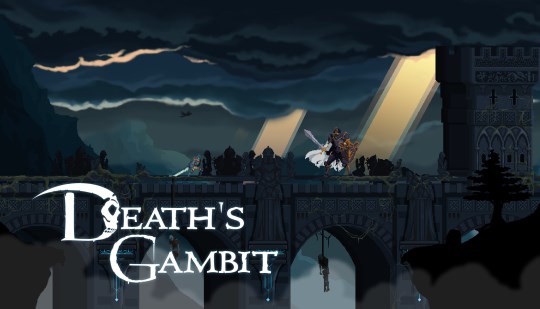 OnlySP: Death’s Gambit is a new action-RPG that draws its inspirations from the Souls series, coming from newly created White Rabbit Studios. But before we get into the game, let’s meet the developers behind the scenes. I had a chance to talk with Jean Canellas, the lead designer on Death’s Gambit and founder of White Rabbit, about how the studio, and their game, came to be.

I'd imagine if it does well enough, you'll probably see it there.

"Death's Gambit: Afterlife" is coming physically to the Nintendo Switch in EU on March 15th

“Death’s Gambit: Afterlife” is getting a special boxed edition for the Nintendo Switch in EU

Evil Dead: The Game sells 500,000 units in under a week – perfect timing for Embracer Group