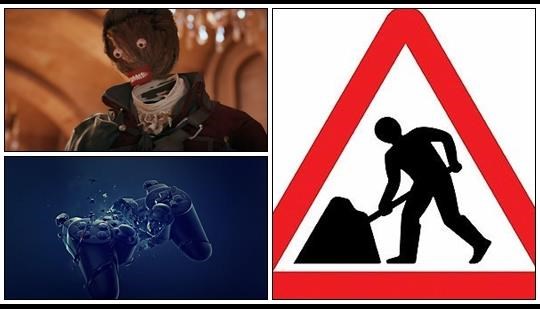 Expect trouble at launch for these remaining 2015 games

Dealspwn: It's that time of year where developers and publishers push themselves to breaking point in order to meet the all-important Christmas shopping release window. Frankly, it's a pattern that crippled many of last year's biggest games. We'd love to think that lessons have been learned, but with another dementedly-packed season lying just ahead, it's not hard to predict that some of the year's biggest remaining games are going to have some serious issues at launch. They're all games we can't wait to play, but we'd certainly advise waiting for the reviews, or maybe holding out until those unchecked issues have been fixed post-launch. Games are expensive, so preorder wisely.

It is a sad day in gaming when we are told to expect botched launches of games.

I used to buy a lot of games on day one. Now, if there is multi-player I just avoid the game completely day one or if it is a large RPG. This seems to be where the problems lay.

I bet Rock Band and Battlefront will be fine at launch. The others maybe not so much.

Im not even sure what the hell not knowing DLC pricing for songs has to do with the launch of the game, at least saying that the sheer amount of people trying to all play battlefront at the same time makes sense

Battlefront has a very, very high chance of having issues at launch. It's Dice after all, and they're limited by a tight schedule to get it out pronto.

I just think they've learned their lessons from BF4 and will do this one right. I'm sure any game like that will have minor server issues the first day but I don't really count that as a launch issue with the game.

Lol. He says black ops was smooth sailing? Rofl. How about a lot of gamers not having an open nat on that game only? I hope im wrong but it'll have launch issues and issues throughout, because they dont care enough about us gamers to go dedicated.

I highly doubt Assassin's Creed will have issues, they were pretty embarrassed by Unity and are going to make sure Syndicate is rock solid.

Thats my most trusted technical analysis