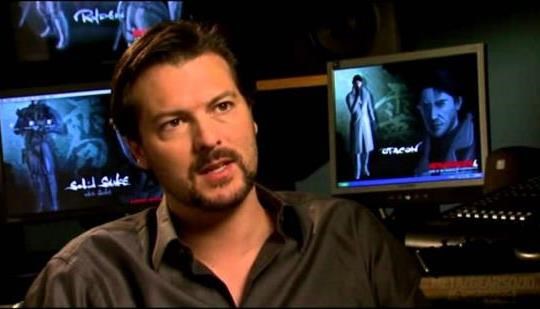 Video Game Voice Actors' Strike Could Be Imminent; David Hayter and Many Others Lend Their Support

Chris Mawson writes: "Some of our favourite games could soon sound very different indeed, as a number of prominent voice over artists are currently voting in a general ballot with the SAG-AFTRA, the largest union that represents video game actors, on possible strike action following stalled negotiations over performance bonuses and worker rights."

Honestly this could be a good thing if anything. Need some fresh faces/voices ...As for franchised games probably not so much.

Totally, I'm sick of hearing Troy Baker in every game I play.

At least he can change his voice somewhat, unlike Nolan North. Now that guy and his annoying nasal voice are way overused in games.

And there are more games where you wouldn't even know he was in because he wasn't directed to use a natural tone of voice.

Yeah --- voice acting has never really made or broke a game for me.

Scab!!! LOL I know what ya mean, though.

If anything this could mean we'll see more Rare-style takes on voices. The Ex Rare devs voiced all their own characters.

is nolan north part of the strike?

After what he did to Dinklebot...

"Video game companies have put forward a list of proposals of their own, including being able to fine performers $2,500 for instances of ‘inattentiveness’ and lateness."

Well, this could get out of hand incredibly fast if applied.

So someone besides Nolan North and Troy Baker will get some work in?

hahaha nice one...its one of those win & lose situations here for sure...

It'll be nice if it works out like that. Love the 2 guys but i'm tired of hearing their main voices they used in most games.

Funny...seems like the very thing Guy Cihi was trying to convey, when speaking about the legal problems he had with Konami, but I guess since Troy Baker and the others where replacing the old Silent Hill team with just their voices (not the mocap) what Guy was saying didn't mean diddly.

In the end though this might just work against them. I don't think they'll hesitate to get fresh talent in the booth if it means cutting a few cost and I honestly feel like new talent getting exposure is a good thing.

I'm sure there are plenty of people that would be ecstatic to take the open jobs.

We've got some real talent working on the games we love now... That being said, there's plenty of undiscovered voice actors out there that are probably just as good or better.
Instead of being disenfranchised over being replaced, do something to noteworthy to get back in the loop. Nothing lasts forever (generally speaking). Including actors.
Those spearheading may have quite the resume, but who really owes anyone anything?!

Don't let the door hit your ass on the way out.

There are tonns of voice actors who would LOVE the opportunity to expand their portfolio.
Most notably some of the voice actors currently working (for free) on SKYWIND (The Elder Scrolls Morrowind ported to TES Skyrim engine), they are amazing!

lol, agreed. They think they can't be replaced...the deep, deep lolz. I like them, but legit...many of them could do better. I hated Tray as Ocelot in MGSV, I'd rather they just use the MGS3 voice actor lol

I have a different take on this. I always by new games. I do it because I want to support the industry. I want to see everyone benefit from voice actors to artists and programmers. I remember hearing about workers at EA complaining about being over worked and under paid. That really pissed me off. Especially in the face of the massive windfall profits that companies like EA make. I support their cause for better compensation and work conditions.

I want to see the industry do well, but companies like EA are do harm than good for the industry. These hurtful companies have made indie games take off. As Dev now want to make games without support from publisher. So, in the end it's all good. Who wants there video games put together like a boy band? No thank you publishers!

Why do you hate the Backstreet Boys? lol

Good about time they voice their frustrations. No pun intended.

Yes there is, cause only 2-3 actors voice all games, apparently.

There should be reasonable pay and safe working conditions but these actors also have to understand that this is a business that is driven by creativity first and then immediately by financial considerations especially from large corporations and in such a situation everyone is expendable.

Hayter and North came to prominence because of the huge success of the respective games that they were a part of, namely Metal Gear Solid and Uncharted which would not have existed without the likes of Kojima and Naughty Dog. I bet when they were starting out a lot of the actors were happy to take whatever they could get! Right now many actors would happily do without decent pay and even dodgy working conditions just to get a foot in the door. That is the reality. The fact is that the only thing anyone should expect as any entitlement is reasonable pay and safe, secure working conditions. In return, do the job you are contracted for without attitude and be on time! I also think that the jobs should be spread out a bit more and not just given to the same bunch of actors all the time. This allows more actors a living income and we get variety of races, sexes and acting abilities!

I agree that in particular situations performance bonuses are necessary and i believe that voice actors in general are underpayed.

Troy and Ashley made TLoU special and really did the work of two star actors in a Hollywood movie, they should've been diving into piles of gold like Scrooge McDuck after that game. Troy DOES do well for himself, but when the Michael Jordan of your industry is only making a few hundred K a pop, you got a problem.

Regardless, voice actors do deserve to partake in the success of their games and they deserve to be treated as the valuable employees that they are...especially the guy who voices Albert Wesker and Legion from Mass Effect, i love Legion! <-(D.C. Douglas joke)

Usually hit skip anyway let me guess some bad guy is doing bad stuff its up to you to save us all yadda yadda yadda you hero. Don't sign a contract if its not good for you simple really.

I don't think "just getting some new voice actors" to replace them is a workable plan. I read somewhere that in movies and TV you need to be part of the SAG to act "on screen" (I may have misinterpreted this though) If you need to be a member of SAG-AFTRA and they strike, the dev is dead in the water with their game.

Please, someone with a better understanding of SAG tell me that I'm wrong though. :)

I don't know a lot about it. But I would think that since many of these voice actors came from a traditional acting background, then they would have probably already joined SAG (for the afforded protections of the union). As for having to be a part of SAG to work, well, in order to work on SAG sanctioned TV shows and movies in any meaningful way (which is the bulk of what we see), then the actors would have to be members.

Hm, it’s interesting. While I’ve never gone and bought a game because it had great voice acting (and honestly, my favorite games have either minimal or no voice acting), it’s undeniable that an excellent performance will positively affect how a game is rated, which will result in greater sales. So I can agree to that, as long as their demands aren’t extravagant. Putting limits on things that will either be rough on an actor’s voice or body also makes sense. So offhand, I don’t see anything grossly wrong with their requests.

And yet… and yet, I just don’t know how well this would really go. There’s no shortage of voice actors out there, and acting doesn’t really sell a game. Voices change all the time, and it’s weird at first, but then you get used to it. I feel as if these voice actors are asking for too much all at once, and are really underestimating the clout that they have.

I found myself wondering, if Charles Martinet were to suddenly give up Mario, would I be OK with a new voice? Then, I realized that I don’t need to worry about it. Nintendo’s undoubtedly recorded so many of Mario’s whoops, yips, yells, and “It’s-a-me!”s over the past two decades that they’ll be able to keep his voice the same for centuries.

I enjoyed Heavy Rain because it had an original cast of voice actors same thing goes for the telltale walking dead games amoung others.

The entire world should be on a General Strike. Been a sheep is never a good thing.

I understand that isnt easy to get a voice acting role these days when games are made for the big masses but voice actors just need to accept that´s life and move on.

Voice acting might be a way to live on by for some but not for everyone.

EA needs to make the next big rugby game