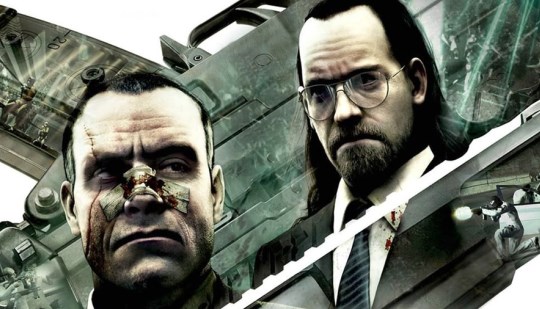 IO Interactive's 2007 game is deeply flawed, but it's still one of the boldest shooters of the past 15 years.

All I know is that out of all the violent games, Manhunt got the worst rep because of asshats like jack Thompson who apparently had nothing better to do but talk crap about Rockstar and take-two which in turn pretty much killed the franchise because R* don't want to deal with that crap anymore...

Funny thing is I remember a while back a kid got stabbed to death in a park in the UK and it got out that the guy that killed the kid use to play Manhunt. The press went bonkers only for it to turn out that the kid who got stabbed was the one thay played Manhunt.

Goes to show how stupid the press are, went it comes to video games in general.

um R* doesn't make them anymore because they were crap....they both would literally be on top 20 worst games lists

Except you're a piece of garbage and an idiot. Also your avatar sucks ass get over it.

I have nothing but love for both the Kane and Lynch games. Non-generic memorable characters and neither were pretty inside or out. Human and gritty. And the co-op in the second was a blast. Really great weapons feel in K&L2. Too bad the movie never got made or considering who they were going to cast, maybe its a good thing.

Dat ending though for the second one. It really came out of no where. I was like WTF? Thats it???

I don't care what people say, Kane and Lynch: Dead Men was awesome.

Yes it goddamn was.

I love Kane and Lynch. The one series where I enjoy playing as a scumbag. I don't care for Hitman (wayyy to difficult) so I wish IO would do the correct thing and make a third game to wrap up the series (especially after the cliffhanger the second left on).

I love both of the games and it's a shame Squeenix basically canned the series after those layoffs happened. The 2nd game did better with user scores than it did "critically". Now I'll never know how the cliffhanger ending of the second game would be resolved.

Wasn't there supposed to be a movie with Bruce Willis and Jamie Foxx as these two?

I totally forgot about Kane & lynch, God I loved the first one, the second one seemed a bit more generic shooter to me.

This is one of my favorite series last generation and it totally sucks there wasn't more sequels.

Now I'm not going to put down any other game or their fan base, but it's totally unfair how the series got treated. Was it perfect? Nope, but I feel like playing as these characters was so refreshing from the typical main character we usually play.

I felt like the people behind this game made these characters / story extreme enough without going too stupid and making them psycho killers who hate the human race for shock value.

I don't know if anybody else has ever noticed, but Michael and Trevor from GTA V kinda have similarities to Kane and Lynch if you put them in the right clothing and facial look.

I wish a new Kane and Lynch was coming out this December...

The first one was a really poor game in my opinion. I went through it for the story and the characters (despite what the reviews said at the time, I thought Kane and Lynch were good protagonists), but the controls were loose, the game barely looked better than the cross generation Hitman Blood Money, it had quite a few moments that felt cheap gameplay-wise and the multiplayer was dead on arrival.

The second one on the other hand, felt like a much more polished game. The story was just as good if not better, filled with crazy surprises and Kane, but mostly Lynch, really showed more personality and somehow felt easier to relate to. The shooting mechanics were on point, and the added filter really helped hiding the rough edges graphics-wise. MP was still DOA though, which is disappointing.

But, most of all, the Kane and Lynch games had great couch co-op potential, something that is definitely way too rare nowadays.