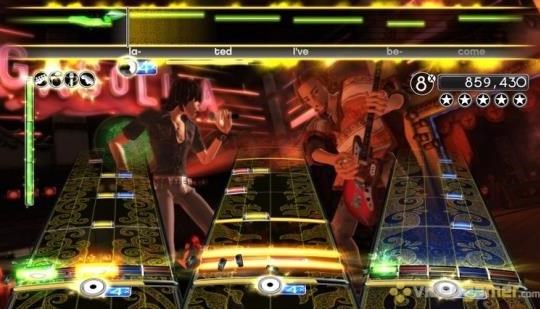 COG writes: We jam with a little Rock Band 4 at PAX Prime and went in questioning whether was franchise bringing enough “new” to the stage. After our time with the demo, one thing is for certain, the Rock Band die-hards will love this!

canadianonlinegamers.com
- Comments (12)+ Comments (12)
TopNewestOldest
Expand all
The story is too old to be commented.

I just really wonder if it's stuck to the same tried and true formula too much, or if it has indeed added more. It's competition has made lots of changes in an effort to freshen things up.

You're mistaking it with Guitar Hero post Harmonix . They've always added enough to the formula to keep things fresh , while GH post their departure mostly reacted to whatever Harmonix added and followed suit .

Doesnt mean GHL won't be good ... i don't like at all their new concept so centered on live video and music videos , but i'm glad they are doing something entirely different , instead of delivering a Rock Band lite experience , while the only edge on Nu Guitar Hero's side was being known as harder for the guitar plays , and their exclusive guest stars .

This way we finally get two different games and flavors , and i know some people will love getting both actually

Rock Band has such a massive community, I don't think they have to do much to win them over.

Got this + guitar and adapter for £49.99, looking forward to my first rockband game!

Who knows, maybe GH and RB will have their time in the sun again. I just hope they don't try to make a new edition every year.

Returning to the band. This shall be fun!

Does this work with a regular controller?

Can't wait to get back on the drums again!

No online play is a real downer for me, it's so much better playing along with a band. I met more players on Rockband 1-3 than any game I've played. I am pleased my hundreds of songs are compatible, gutted no online, even more gutted my ION drums aren't compatible, but hopefully in the future they will be. I hope they will eventually get online coop back, if not I may just leave it..

Agree 0Disagree 1
▼✖-+
SPAMInappropriate
Show all comments (12)
The story is too old to be commented.
50°

10 Games to Play (When You're Hammered)