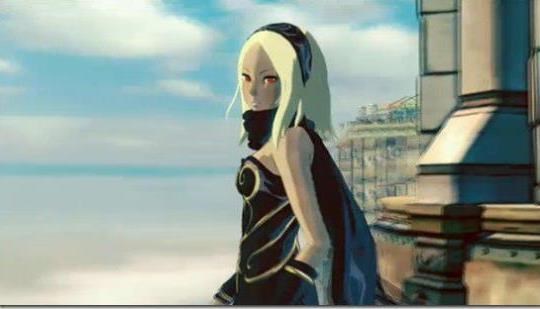 Sony revealed Gravity Rush Remastered and Gravity Rush 2 during last night’s SCEJA Press Conference 2015, and this week’s issue of Famitsu magazine provides us with more information on the two games.

The world of Gravity Rush is beautiful and charming, I'm going crazy with excitement over GR2 being a PS4 exclusive. Now we can see amazing world the devs created taken to new heights with the PS4's power

How? You saying he should say "Ps4 won't change anything in the franchise" or what?

No release date for America for the remaster?This better come out in America.

2016 most likely around fall and the holidays

It says February 9th for the US and February 10th for EU, atleast for the Remastered.

It official Ps Vita is dead.

They took Vita best game and made it ps4 only wow.

I'm guessing we are in for a much larger and exciting ride. But you can be a negative nancy if you really want to or you can look at the positives and just be happy.

How long have people stated that the Vita is dead, while were still getting games for it? No AAA games doesn't mean no games!

They didn't take it off my Vita. Remoteplay ftw!

I thought the Vita was dead already according to the likes of you in this website and IGN. Why the big deal over this?

Stop bringing other topics in this thread!

And? the markets in europe and north america, pretty much stated they wanted to play PSVita Games on a living room console.

over and over again, there was "the PSVita just has watered down ps3 ports" i would rather play that on the PS3 or PS4..they are just giving the "majority" what they wanted. its very clear in the west the "majority" of gamers do not care for the PSVita.

hey atleast in Asia, the PSVita is doing quite a bit better, and by porting over to the PS4 with remote play , you can still play GR2 on the PSVita, just streamed from your PS4.

in the west market, Sony just gave what the market wanted!

I only got to play a bit of Gravity Rush before my first Vita was stolen along with this game. Since replacing my Vita I never got around to getting it again. I could wait for the remastered version for PS4 of I could just buy it cheaper on Vita.

No I didn't have PS+ back then, I had the physical version.

Sony f-ing over loyal PS Vita fans. And you that's exactly why I am a Microsoft fan. Because at least when Microsoft tries to F over it's fans they come back and at least try to do right by them. Sony basically gave a big FU to all the people that bought their 250 dollar paperweight.

I'm so glad this game is happening!

I greatly enjoyed gravity rush, but if they expect the fanbase of the original to buy a ps4 or get lost, then i will get lost, i don't have the time or money to waste on sony's shenanigans.

This was Sony's best option if the game were to ever release. There's simply no market left for Vita. It's been established for a while that Sony investing a lot of AAA titles for Vita will offer them little pay off. Their options were to either make this for PS4, where the game has a better chance at selling wll, or simply not make it at all. Blame the millions of people who bought Vitas, but never bought the good games like Gravity Rush. It's their fault, not Sony's.

I actually got the first game on my Vita but I havent got around to play it yet. Im properly gonna pick up the PS4 version since I spend most of my time playing Persona 4 Golden on my Vita.

Nice ready to jump back into the rush. Not on vita is a little hurtful but nothing to stop me from grabbing it on the PS4. Sony only place to play this gem.

I can not wait. Loved the first one so much on Vita.

I played the first one it was simply magic.

I actually can't believe we got hit with the double whammy here. Not only is the original game being remastered for the PS4, but the sequel is set to be released as well.

When I saw the video on the remaster I made a comment about how good it was people would be able to experience this game who didn't get a Vita and that it meant the franchise could grow into something more by getting bigger exposure this way. Then, BAM Gravity Rush 2 video pops up for me like 10 minutes later.