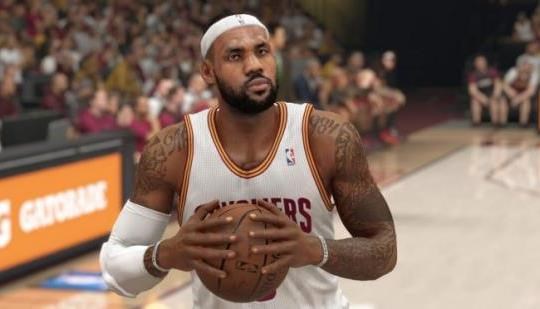 NBA 2K16 Actually Sounds a Bit Too Realistic Thanks to Violence, Alcohol and More

When you kick back and relax with your preferred sports game, do you ever imagine what those little digital men (and women now, thanks to FIFA 16) get up to when they're not being paid obscene amounts of money for doing something any kid would do for free? Thanks to todays celebrity culture and endless gossip columns in the daily toilet papers, we're always being reminded that sports stars are just regular people and that they, too, like to indulge in some of life's naughtiest things.

But do you expect it to cross over into video games? Not really. How would you feel if you booted up FIFA, went into a game and recieved a message that your star striker won't be playable because he's sat in the dugouts dribbling like a bag of kittens because the reserve goal keeper flogged him some dodgy MDMA? It'd be hilarious and we'd give mad props to the digital artist who manages to perfectly capture the look of absent wonder on the aforementioned strikers face - dribble rolling down the chin for bonus points. - The Games Cabin

Nope. Actually, it sounds about right! This is the level of character immersion that people are looking for in story modes. It's the off the field/court stuff that really gets you wanting to see what happens next. It's the reason why the National Enquirer and TMZ are around (for better or MOSTLY worse). But, it has a direct link to the perception of the player. It can be tedious to trudge through a 70 or 80 games just playing. But, add in some drama with a teammate or rival, and that game actually starts to matter.
Everything that we have seen thus far is dialogue that I can only assume is related to character development (for you or those around you) Either way, it's just another way to create a more in depth story. Whether or not it works? That's yet to be seen. Plus, it's directed by Spike Lee. When's the last time HE played ANYTHING safe!?!