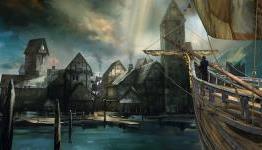 ‘Game of Thrones – A Nest of Vipers’ Review | Analog Addiction

AA: "After months of complaining that developer Telltale Games won’t give players more drastic consequences for their actions, it has finally happened. Telltale’s fifth episode of Game of Thrones, called A Nest of Vipers, doesn’t really advance the plot on Mira’s or Gared’s side, but that can almost be entirely forgiven, thanks to something which happens on Rodrik’s and Asher’s side; something because of which the final episode can go in at least two, incredibly different directions. But, I’m getting ahead of myself; let’s take them in order."

9/10? this episode deserves 0/10. They handled the key decision VERY poorly. Can't elaborate because of spoilers but man was that disappointing. Hope the final episode is a big improvement.

Can the Games Market be Dominated by the Film Industry?

Winter is Here: Five Games to Play Until Game of Thrones Returns