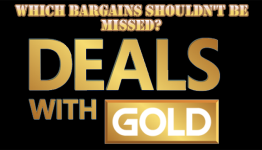 Which of this weeks Xbox Live Deals With Gold bargains should you pick up? – 21st July 2015

Neil writes "The latest Xbox Live Deals With Gold sale is now up and running, bringing with it a number of discounts on both Xbox One and Xbox 360 games. But which of the discounts in place should you be grabbing, and which should you be leaving well alone!?"

Got tomb raider definitive edition last week for $9 AU but nothing for me this week:( egged

Infinity Runner is cheap enough to give a go, it's actually fun if you ignore the story.

Remakes & Remasterpieces 3: An Ongoing Look at the Best in the Biz