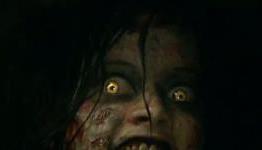 Someone Will Die Playing a Game in Virtual Reality

"I felt truly frozen. In real-life my head was probably slamming forward, but in my brain’s reality I could not move my head as hard as tried. The strain in my neck and the sheer uncomfortable feeling of it wasn’t fake. It was real. For a fleeting moment my body panicked." - Grab It

I'm surprised someone hasn't already. Do you think it will be a badge of honor in a way. Like, if it is Oculus or Morpheus will they be able to take some sort of "that's how awesome it is" from it?

I don't think Sony would ever someone dying while using one of their products as a positive. They've been in business too long and know that the backlash would be severe and could bankrupt them.

But I do think that the author brings up a very interesting point. VR has a lot skeptics, but a lot if not most of them are skeptical simply because they've never experienced it and there's not real way to properly explain it to someone who has yet to experience it. It's like to trying to explain color to someone who's been blind since birth. Some things in life simply can't be explained with words or photos, or videos.

But that being said, VR always makes me think of the Matrix movies. And I see VR as the baby steps to one day fully upload a conscious human mind into a Virtual World. Right now, VR will allow that to be a temporary thing, you put on the device and choose the game you want to get 'INTO' and voila... You're smack in the middle of a jungle and Lions and other predators are after you. Your heart rate will go up, your reflexes to protect yourself will also kick in, though temporarily because very quickly you'll realize that the lion's bites don't hurt.

But pain is nothing but a signal between the nerves and the brain, so I'm sure that soon after VR is established the next quest will be how to simulate the senses your other senses in VR. Vision and Hearing are technically conquered already, the rest will follow.

My response was purely based on the "badge of honour" comment. The discussion about the potential dangers of VR is a good one.

"Virtual Reality is not far away from hitting the consumer market, with Project Morpheus, Vive and Oculus Rift heading to PC, PS4 and XBO."

Why are people thinking Oculus and Vive are now magically part of Xbox One's VR solution? They have partnered with Microsoft on PC ONLY. Halolens is MR or mixed reality. Someone explain the quote above to us.

Kitchen, Allison's Road, and (the late)P.T. and VR as a whole aren't just limited to traditional gamers. It has the potential to appeal to a broader audience much like the Wii did.

Yeah I didn't really get my point across well with that and I apologise. I was more commenting on the fact that being able to immerse someone so much that they fall victim to their mind would be this weird middle ground between being super successful and being a tragedy.

Someone died playing League of Legends.

yes but that was down to sheer addiction and not taking time to eat/drink or rest..

People die jogging in the park while on a vegan diet and who have never smoked or drank any alcohol in their lives.

Yeah nah im good, i couldn't do horror games on the ps1 (silent hill) why would i even want to try horror games in VR, knowing me i would probably just faint playing that demo.

so angryjoe wasn't overplaying it when he talked about this demo because he too felt this game was really scary.

Stop Bitchin. Im Down! Truth be told, the way they are doing VR gaming in console gaming is new. With that being said we will eventually get use to how games are in VR. Some will like it and some won't. I was actually scared as hell playing the Silent Hill demo on PS4 and that wasn't VR but I think some will enjoy horror in VR and some won't. Just like some enjoyed 3D and some didn't. I think I can handle Horror in VR. Would be scared as hell but the thought its just a game wouldn't never leave my mind.

@ Morganfell you reply to my comment however I'm not sure what ur talking about. I'm not bitchin, and I don't understand what you mean by 5 post now.

Edit: Oh you now erase your comment I see. SMDH, Carry on. Not worth it.

I read you remark. Replied, then realized I misread it. Then rereading I thought, I have no idea what you are talking about in the first part. The latter makes perfect sense and I agree with you, but the first part seems more related to some earlier posts in a different thread.

True. Thing is, VR is no joke. In the wrong hands, it could kill. Some guy with a heart condition but with a taste for new tech and horror could buy one and use it himself. It's still a matter of speculation but this could raise another ridiculous issue against gaming in the future.

The best thing Sony can do is slap a health warning on the device.

Yup. That's the best and SADDEST thing. I myself won't be participating in horror VR. I mean I love the horror genre in any medium but I don't want to punish myself too much. I feel like I'm killing myself rather than having fun with all the jump scares and whatnot.

It's a pretty scary thought, but yeah I guess it's possible. Nice write up.

Let's just not do anything, okay?

Someone will die taking a shit?

In fact, I'd say taking a shit would be more dangerous to your health than VR.

You sir, have an interesting diet.

A diet of just Red Bull and donuts from the Krispy Kreme next to the Diablo Canyon nuclear power plant could likely result in dying from taking a s**t.

That stuff is toxic don't you know?

Diet has nout to do with it. A lot of people actually die shitting because they strain to get a stubborn one out, causing an aneurysm.

There is no spoon.

I'm going to do my best to try and keep the Oculus on my head while playing a horror game, but so far I've not had much luck, even playing games that are not really that scary and have truly terrible graphics lol.

I think they will find a sweet spot though, maybe games like Outlast and Amnesia are just a bit much for VR but I'm sure they will have titles that are just creepy enough so that you feel uneasy but don't physically crap your pants.

I could die. I never can play horror with VR.

How exactly do you play this thing? Or is all the "games" just interactive movies?

You mentioned movie; apparently they are in talks with theathers to bring VR to theathers as well. Not sure how long from now but i think at some point you can have a VR experience at the movies.

Thanks for answering instead of just hitting disagree like two other idiots.

I wonder why you would need to go to a theatre to experienced a VR movie. Surely sitting in a room full of people would be redundant - maybe it would be about the post movie come-down, where you could all mingle together back in reality trying to get a grip.

Some people died watching Knock Off the 1998 JCVD movie, possibly.

On topic, a concern of sorts- psychological damage, there are always some who are more easily influenced and I believe this is a very different experience then simply watching a film. Games have only really had an extremely realistic level of fidelity in the last few years and as such I believe there's no long term research?

Well i hope we never have to hear this. There is no doubt (fir thise who have experienced it) that VR is going to be extremely immersive. That can only be a good thing for gamers (and entertainment fans in general) but the problem that comes with that is that someone is bound to die while playing video games, they may or may not be using VR at the time. And you know the opponents of video games will try to blame VR for it. Even if the death was not related to VR. As far as the legal effects. I think VR platform holders will give all the warnings to protect themselves from all the law suits.

I would think both the hardware and the software will come with very obvious disclaimers on the packaging and instruction.
Along with the pricing, it's another important hurdle for Sony Morpheus - and Occulus.

I heard lawyers are already lining up for VR/AR accidents. So at the least, someone is going to catch a heart attack.

PT should be made for this,.. people would loose shit

"Someone Will Die Playing a Game in Virtual Reality"

And it's going to be epic!

It would be cool if they made a TRON game. I always wanted to enter the grid.

Now that was an experience.Use at own risk I guess, but I agree with _LarZen_

People have died playing football, baseball, tennis, soccer, poker, and many while doing countless other activities. I think there is a big difference in someone dying while doing an activity and the activity itself causing death.

*in deep movie trailer voice*
Morpheous , the ultimate , you could die experience since Alton towers....

I think this is exactly what people want from VR. Getting as close as possible to the edge without going over (similar to some drug experiences - k-hole).

I think that's the whole point.

Even the possibility will make it a strange attraction to some.

Mainstream media would genuinely relish the day someone did. Breakfast TV would dine out on the story for 2 years, easily.

Or are we already dead? Da dum dummmm

People have died playing MMO's at a desk looking at a single monitor. There are videos of it. Two that I remember and they were in Korea or China. Not sure how it happens but it's a little wake up call. Take a break once in a while.

The Last Worker Dev: It's Now Easier to Port Non-PSVR Games to PSVR2 Due to Control Standards