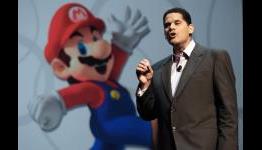 To find out how the deal went down and to get more details about Nintendo’s amiibo strategy, the WSJ talked with Reggie Fils-Aime, president of Nintendo of America:

-WSJ: Sony’s and Microsoft’s consoles have far outsold the Wii U. What’s your strategy to come out ahead?

-Fils-Aime: From a Nintendo perspective, we clearly have strength here in the Americas, we have strength in Europe and we have strength in Japan. That isn’t necessarily true of some of our more direct competitors.
We’ve also said publicly that we are already hard at work on our next home console and that’s another element we’ll be talking about much later.

Adhttps://www.releases.com/?utm_source=n4g&utm_medium=native&utm_campaign=c1
- Comments (0)+ Comments (0)
TopNewestOldest
The story is too old to be commented.
40°1

The 30+ Best Nintendo amiibo You Need To Buy Right Now

How Call of Duty: Modern Warfare 2 and Warzone 2.0 Successfully Coexist