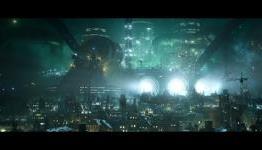 A handful of earlier Final Fantasy titles have been available for iOS and Android for some time now but FF7 has been, by far, among the most sought after by fans.

Gamers can look forward to downloading Final Fantasy VII on their iOS devices by end of summer.

Weird that this is out by end of summer, but the promised Spring 2015 ps4 version is being delayed to Winter.

yes that kind of annoyed me a bit.
i expected it to be out around now -_-
looking forward to it.

Lol started playing through it again on my Vita