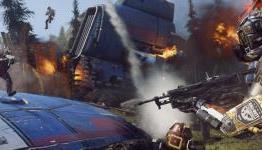 NZGamer:
Call of Duty has had downloadable content for the longest time – going as far back as the second game in the series. Typically, that content has boiled down to additional maps, cementing the idea that people come to Activision’s profit-powerhouse for the multiplayer alone. Now, 2014’s Advanced Warfare continues that trend, offering up two content packs: Havoc, and Ascendance. Each comes with four maps, one weapon, and a chapter in the new Exo Zombies mode.

Havoc’s four maps (Sideshow, Core, Urban, and Drift) are the most consistent, in terms of quality.

No one plays this game anymore lol...

I play this game on a weekly basis. I'm thinking about getting the DLC package

I enjoy Call of Duty,

The fact it has Bots for offline multiplayer play is a huge plus for me and something that is severely missing in a lot of games nowadays.

IT support services that fit your business perfectly