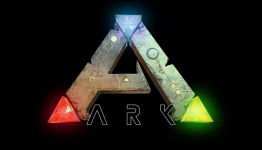 ARK: Survival Evolved is the Weirdest Announcement of 2015

Sam says, "In an unprecedented move earlier today, ARK: Survival Evolved was announced via an exciting trailer by new (and aptly named) developer Studio Wildcard. The game is an open world PvP survival game a la Rust and DayZ, but with some notable twists on the now over-saturated genre."

The game looks and sounds awesome. It's not a weird announcement. It was a huge surprise. People have been wanting a game like this for years and we're finally getting it.

Author here. In the actual article, I detail why this is indeed an awesome announcement, and how surprising it was. The reason I describe the announcement as weird is because of how incredibly polished the game already looks and how the devs somehow kept a game that looks this good under wraps for a long period of time.

That's cool and I agree.

The game looks AAA in my opinion, and highly polished (other than the animations which look a bit rough). To think it's still got 12+ months of dev time makes me happy.

Yes, "Weirdly awesome" exactly what I was thinking.

Wow...totally ignored the first story...this looks amazing, but sadly humans tend to lean toward jerkdom when they are behind their screen.

I may get it anyway...just looks so polished.

Very interesting game, well its a surviving and crafting game. Well maybe will see more of this at E3

Oh my goodness... how has this been kept secret? This looks incredible. Any word on as to whether it's a multi-plat release?

I could of sworn they announced this game last year so how is it weirdest announcement of 2015. You even got PS fanboys saying it's going to support Morpheus when only they support ORift. And then the alpha even though it a alpha is launching this year while the consoles version is going to launch over a year if that. The bias is strong with media if you don't love and look toward all games on every platform its no point on being a journalist in the gaming industry. You suddenly notice this game exist because it on consoles. I feel sorry for the industry if someone truly want to be a multiplatform owner because the wouldn't never support devs with y'all knowledge. That maybe why people think its only exclusives on consoles

Like the person above me. Thanks an reason I post this they do it on every article and make it about ps4 being superior

I've been waiting for a game like this ever since B.C. was announced then cancelled back in the day. I really hope this turns out well

The new Ark for Nintendo Switch is a brilliant redemption story

Ark Survival Evolved: Sony Paid $3.5M to Include It in PS Plus; MS Paid $2.5M for Game Pass

The Best Dinosaur Games You Can Play on PC and Consoles