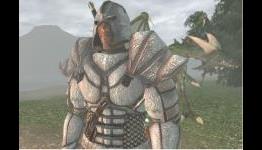 Two Worlds – The Best Bad Game Of All Time

"Two Worlds is a weird game. But that’s fine, because that’s why it’s worth talking about.

"It didn’t sit with critics all too well on its release back in 2007, but take a quick look at its GoG page and you’ll find glowing review after glowing review.

"Along with many people, I also like it – even though it's absolutely terrible."

I agree. Two Worlds II is a great bad game too!

Yea, two worlds 2 was great. Lots of great mod tools too which were super fun. Nothing about the game was done well, but something about playing it with a few friends was just a fun time. Thought I was the only one.

I really enjoyed both entries. I wish they would attempt another and keep the unprofessional voice actors, but improve the AI so they react to you stealing their stuff and such. The bad English gave the game a unique personality and added a lair of humor not found in other RPG's.

There's something genuinely great about a game that's so bad it's good - probably because it's a rarer thing to find in gaming than, say, movies.

Back in the day I got obsessed with a really weird FPS called PO'ed. It was rubbish in so many ways, but it had more personality and character than pretty much any other shooter I've ever played.

Ignoring the cheesy dialog, the PC version of the first Two Worlds was actually a good game. The 360 version was a complete mess though.

Nah it was terrible. No excuses.

agree with Sanada , Deadly Premonition has to be the best bad game for me.

I liked both the 2 worlds games but I did get them cheap :D

Absolutely love Two Worlds 2 and wish like hell they'd make another one. If you can ignore the cheesy voice acting than you'll like it especially if you stick with it to the end. I still go back and play it from time to time.

I preferred two worlds original, played it off the back of oblivion and loved although I realise it didn't come close to elder scrolls oblivion. Would love to see a third installment on current gen.

Whatever Happened To... Two Worlds?

How bad voice acting can ruin a good game