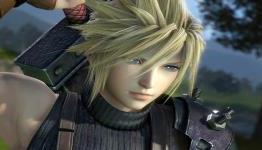 Recently, the team behind the upcoming Dissidia Arcade Game have given interviews to Japanese gaming magazines. AUTOMATON's Shehzaan Abdulla presents their translated interviews to reveal the background and future of this new Final Fantasy installment.

I just can't wait for the inevitable port and localization. Dissidia Duodecim was like the perfect FF crossover, and this looks like it could be much better from what I've seen so far.

I played the first Dissidia but didn't get around to Duodecim. It really is a fun game. Hopefully this new game can push the series to a new level :D

@Kurisu:
The arcade architecture is build around PS4, so there is a big chance it ends up on PS4. Maybe a reveal at TGS

It's exclusive to Japanese arcades for at least a year after it launches.

I know a PS4 version is all but guaranteed, I was just saying that it's exclusive to arcades for a year before we'll see it on PS4 as you said you hope it will release this year.

Is it confirmed exclusive to arcades for a year? Sounds like a weird deal but I guess the arcade scene in Japan is pretty big.

"At the time, we were thinking [the next Dissidia] would be a sequel to a PSP game, so it should go on the PS Vita. It was at that time that Taito, a subsidiary of our corporate group [Square Enix], reached out to us and suggested doing a Final Fantasy arcade game. So we figured, well, let’s hear them out—and that was how things got started."

I know, right? It's so crazy how games are always only released for a single platform and never, ever get ported to another system. Ever.

This Dissdia won't be released on Vita, and I doubt any other will.

As an aside, the article claims the interview was with Dengeki. The Famitsu link you attached would be unrelated.

a vita dissidia would have been great, but tbh if i had a choice between a vita version or a possible chance for a ps4 version i definitely will go for the ps4.

I can already picture him in a remake FF7
oh god my heart can take it
JUST MAKE IT HAPPEN SE AND I'LL LOVE YOU FOREVER!!!

ffiv and ffvii seems to be getting too much attention these days. they need to show more ffviii.

Dissidia Final Fantasy NT's Next Update Will Be The Last; New Skins for Two Villains Revealed