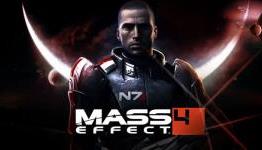 Mass Effect 4 Will Have Around 100 Planets, Focus On PS4/XB1/PC Has Opened Up More Possibilities

Update: It seems that the game will have over 200 planets according to this update by the industry insider.

Great but how many of those planets will be explorable?

I'm hoping most of them.

They were implying that those 100 planets would be explorable. They were talking about some special programs used to create planets for the Frostbite 3 Engine.

100 planets equals maybe 1-2 dozen we get to visit and explore with the rest left to mine or read about--atleast if we use other Mass Effects as an example. I hope world exploration with the Mako and on foot like the original returns in some fashion but gets a significant overhaul to its basic design. I liked the little extras it allowed even if it was very basic and nowadays it could be much better done.

Not that I should have much to complain about as I still love ME.

Sounds like a procedural generator for ME4 for random planets that they can edit manually to make things more to their liking. In other words Terrestrial exploration seems even more likely outside of more linear/scripted story planets.

@Eldyraen: All the information they have given out since they have started talking about this game suggests that their main focus on this installment is exploration and we will be using an overhauled MAKO vehicle so I totally believe that there will be a whole lot of planets to explore. This isn't a direct sequel to ME3 either. They have said that this is absolutely NOT ME4 so it will be a spin off and that excites me. i am excited for a brand new cast of characters that deal with a whole new set of adventures in different parts of the universe.

Not great news sounds like a whole lot of Filler. This is what worries me about dragon age inquisition. All the side quests are just filler no substance.

Looks like the trend will continue with Mass Effect 4

Thank goodness it's not cross gen, the current gen only games are starting to look very impressive now. Hopefully they have something to show at E3.

this is what destiny should have achieved for its massive budget! However this franchise was on of my favourites last gen and I'm looking forward to this next gen only experience can't wait to see some forage has it been confirmed for E3

These rumors are ridiculous... as in flat-out dumb.

I don't care how well-written this 'survey' was, it's content is barely on the level of Destiny fan-fiction... the 'press-release' format is irrelevant.

A different galaxy? It makes no sense - none of the Mass Effect species would be there... Besides, Bioware have invested too much into their version of the Milky Way to simply abandon it.
The previous titles referenced mysterious UFOs, dying stars, dark energy and all manner of phenomena 'unrelated' to the Reapers... I'm not saying you won't travel to other galaxies - I'm saying our galaxy will still be the primary setting.

I figure the Reapers were a 'test' - and the Milky Way passed... odds are they operated in other galaxies (their 'cycle' would be meaningless if they didn't), thus I'd expect their leaders/creators/gods would have noticed the galaxy that somehow united to 'defeat' their squiddy kill-bots.

They'd realise that the ME Relays were down, isolating the various species and their star systems... there would be humans 'marooned' on Asari worlds, Salarians stuck in Krogan space - all sorts of wierd and wonderful situations waiting for a species with FTL capabilities to find 'em - but would it be us or 'them'?

I reckon it'll be set within 500 years of the trilogy... that way, certain characters should still be alive (or 'operational').
Humanity will either develop a new FTL engine (which would open up a lot of new locations) or somebody (human/alien/evil overlord) will find a way to rebuild/reactivate the relays (the Citadel should still be parked above Earth, with the Prothean's Conduit relay).
You'll probably lead a voyage to reestablish contact with the various species... things will not go as planned.

If I'm wrong and these leaks are real... well, then it's no longer Mass Effect.

As I was reading your comment I thought, I like what this guy is saying... The idea of not being in the Milky way would mean that there is no connection to what we know as Mass Effect. All the fantastic lore is all for not. I surely hope this is not true. Then I checked the name as I hit agree and find that it is no other than poppinslops, he who shall be feared by Ewoks across all Endore. Lol

Thanks... seems not everyone agrees.

Fact is, Bioware have shown concept art of the Citadel (devs say it's huge and beautiful - particularly the Wards)... that alone is enough to back-up my 'these rumours are dumb' statement.

What if they have found a way to jump to a different galaxy? Humans and other mass effect species take their tech and explore for a new home. Same lore, fresh start. Don’t see the problem here. Sounds pretty awesome actually.

i wonder if its Direct X 12? 900p Xbox One? disagrees welcome lol

meh its just a game, i play games not care about pixels

That's great to hear – hopefully all of those planets will have side story missions.

Hopefully this game has a Killer OST just like the last ones which we can listen to while exploring these planets.

There could be 200 planets but how many do you actually land on and engage hostile forces and how large would the playable area on the planet be?

How is a "focus" on multiple platforms even a thing? I get that ignoring the 360 and PS3 is suppose to be something, but its not!

Seems like they're going back to ME1 style. True?

How many of these planets are going to be included in the game and how many do you have to buy an overpriced 'expansion pass' to explore?

Don't worry this is Mass Effect not Destiny.

If this is true it looks like we will be human again. Really wish we could be a different race damn it