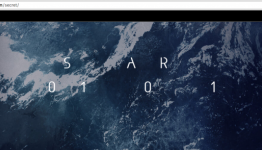 Square-Enix started teasing a new title on their official website, under a page ever-so-tantalisingly-named ‘secrets’. Everyone is pretty convinced that it's going to be Star Ocean 5, but Thumbsticks have found some information that suggests it might not be...

Adhttps://www.youtube.com/watch?v=_iUAHlmkvuE&feature=youtu.be
- Comments (30)+ Comments (30)
TopNewestOldest
Expand all
The story is too old to be commented.

I hope it's Kane and Lynch 3

But most likely something boring or a ios game..

Yeah but there is no way they would hype up a re-release of a remaster.

You seem to forget:

Going to take that as sarcasm. Please be excited.

I loved Kane and Lynch 2, the game looked somewhat dated, and it didn't offer anything new in the gameplay department, but it was a very good couch co-op game. And I personally like the protagonists and the way they keep sinking throughout the game.

* The S is too close to center to be the start of a word.

* Therefore, the S is actually within the word but it's not the beginning letter of the word.

I'll take Star Ocean 5 over anything else (as long as they didn't mess it up).

Even if it was Star Ocean, SE would find a way to **** it up by making it mobile F2P game or developing it themselves instead of letting tri-Ace do their thing.

But I want a Star Ocean on Ps4. TLH was an awesome game.

Remaster of the FFXIII series for PS4 and Xbox One.

Although i don't want this i could see this happening

I'd actually take that if they remade/finished the first into what it was likely supposed to be originally. The first one was so obviously cut back from it's initial design...Content on Pulse was a dead giveaway.

I won't get into the reasons why I believe they did this.

Quite honestly, the third game seemed to be the only one which was shipped complete and true to the way it was designed, but it's story was silly and boring.

I wouldn't doubt a 3 pack remaster though. Probably with all the DLC content added in. For all the flack Sony and MS gets about remasters, people don't seem to notice that SE is actually the one doing more than every publisher combined so far this gen.

@morganfell: If they did turn out to be trolling the Final Fantasy VII non-remake (again) then I think I might just die of laughter...

I could see them going back to Star Ocean. It's a solid series that hasn't been milked really. They need to avoid the timed exclusivity crap this time too. Nobody is buying an Xbox just for SO and the game would see three times the sales on PS anyway. Doesn't help that TLH was also a pretty mediocre game.

Interesting! The formatting is different on that sub-page! Wonder if there are any others...?

We all know if it isn't SO at this point then people are just going to be pissed and complain about it. Although I can see SE trolling the community with a popular game just to generate hype for a game that no one cares about.

Hey look, it was Star Ocean 5. Turns out it was the 0.01%! I wonder how you got your statistic though! Very interesting! Those people who like Star Ocean sure got lucky when the odds were 99.99% wasn't Star Ocean 5!

well im happy it turns out to be star ocean

I can see it now "final fantasy: lightning returns again"

Check the post again for an update... it turns out that the ocean in the background of Square's banner image is actually the Atlantic!

I hope it's Star Ocean 5. Earlier today I finished Star Ocean 3 on my PC with PCSX2 and thought it was a pretty good game. Prior to that I played the PSP remakes of SO1 and SO2 (again... using an emulator) and have to admit, the second game was my favorite so far.

Btw... in SO3, WTF was up with the boss fight music?? Anyone that's played the game knows which track im talking about.

Probably some mobile or web browser game. I've been burned too much in the past to have any shred of expectations.

It was Star Ocean 5!