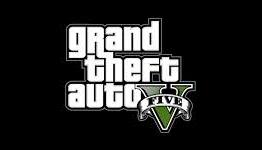 The Definitive Version of GTA V is on PC

Samuel Roberts from PC Gamer discusses why he think that the PC version of GTA V is the definitive edition of Rockstar's masterpiece and how the game looks and plays when compared to the current and last gen consoles. He descibes his time with the PC version that was running at 4K resolution and 60FPS.

In other news, earth continues to orbit the sun.

Seriously though, after all this time, I hope it will be worth the wait.

Almost every single game will perform better on PC, based on your hardware, of course.

Except online games filled with cheaters.

That's questionable, there's cheaters on every platform, yes more on PC because it's easier to do it, but compared to the whole population not that many.

@Palitera- go play any CoD or battlefield game that is over 1 year old on console and then PC. I can guarantee you will spend hours trying not to get thrown in a hacked lobby on console. It will take you 5 seconds to find a clean server on the PC's server browser. Trust me, I hacked an OG Xbox back when I was 12 And it took 20 minutes, only children waste their time hacking games, and most children are on console.

Why should we care? Okay you might not care but most PC gamers I know (myself included) do care. I'm glad it comes out finally but we shouldn't have to wait 2 years for a PC version of a multiplatform game especially when it's such a big budget game coming from such a high class developer like Rockstar.

ya right i mean why won't pc gamers use console like ps3. pretty stupid right ?

i had the game on ps3 but i am gonna upgrade to pc.

PS4 version now runs at lock 30fps after 1.8 patch!I own a good PC and frankly playing the game on te PS4 its suficiente because it already looks and plays more than Great i dont need 4K graphics or 60fps to enjoy this game and most of te games.Games are Games because they are made to have fun after a day of work,realism i already have every day from the time i wake up to the hour i get to sleep,[email protected] dont give me more fun than 1080p with lock 30fps because its only a game.

I ran out and bought it on ps3 when it released even though I have a 4kpc and it was complete mush.

I was shocked how bad the low res, jaggies, and choppy frame rate was. I played 20ish hours and enjoyed it despite the gfx.

But I have such a backlog I shelved it to catch up on other games and revisit it when it was trully done.

2 years?! The next gen version only came out half a year ago, right?! I played the game on PS3 already (real gamers play on PC and consoles, true?!) and I will happily get my next gen experience with a mouse and a keyboard in first person on PC!

Not ever gamer is just waiting around. I played it day on on PS3, then pushed it aside for other games. I'm ready for the PC version now.

Why didn't I hear this kind of talk when the current gen console versions came out? "Oh, it's already been out for a year and a half, who would want to wait so long for the PS4 version? That's crazy".

Second of all, many PC gamers also own consoles and could have chosen to play those versions any time they liked. Don't assume people were just sitting around twiddling their thumbs waiting for the PC version.

Is it ideal? No, but it's not a huge deal. The vast majority of games release at the same time on PC and consoles. And it's not like consoles don't wait their fair share of time for certain games that have been on the PC for months or years.

All gamers wait for games and besides the PC has a huge library unlike Ps4 and X1 so waiting for the the true version isn't anything to worry about.

I agree. I've got two 660s running in SLI, but I'm running at 5760 x 1080. I expect to get 60FPS stable with some tweaks. The game seems to be well optimized and the amount of control they give you in the graphics options is a very good thing.

I have never played GTA V, so the PC release will be like losing my virginity. Very exited

console versions were both excellent last gen and this gen, if it feels great to wait a few years for a pc release to play with a spec heavy set up, it feels even greater to have moved onto new games some of which won't have pc release

Funny you saying that. Moving on to new games and all as a PS4 owner.

I feel the same way about games like Planetside 2, Dayz, Rust, the Forest, etc etc etc all of which I've played to death on PC, but console kids are still begging for even a release date. Feels great to move on to the already 500+ games released on Steam this year most of which will never be on console.

So I take it none of the console fanboys in here will be playing Planetside 2 or Wasteland 2 when they release on consoles? I saw the comment sections on those articles. I know the answer to that. But we'll just pretend that pc gamers are the only ones excited for "old games". But at least the old games we get are upgraded for our platform rather than the downgrades the consoles get to fit their aged hardware.

Not to mention the people begging for The Witcher and The Witcher 2 to be brought to the PS4.

I guess it's ok to play old games then.

It's so obvious these console fanboys are just jealous of the advantages of the PC version.

The PC version should be definitive: the original master of the game, complete with the base assets.

And I don't mean that in a PC Master Race way, I'm looking at this as a cultural heritage/historic preservation angle. Good PC versions of games are important to preserving the games for the future. A lot of importance is placed on the PC as a high end gaming platform, but there's a lot to be said about the significance of it as an archival platform.

Guys let's be honest. This is huge. This is going to be an orgasmic experience. We can read about it for now and that's the greatest tease of all. Mods or cheats into the mix? I see a busy next year playing this.

I can't wait to play this game again. I bought it day one on PS3, enjoyed it so much but I feel like the PC version is going to take it to a whole new level (let's not forget about the mods!).

I was playing it on PS3 yesterday and was shocked how poor it looked compared to the PS4 version I have. I really am excited to see this game reach its full potential on PC. Gonna be great!