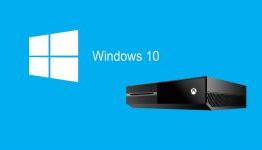 MWEB GameZone writes: "If your choice of gaming platform is an Xbox One or Windows 10, you are in for a treat this year. Microsoft wants to foster a happy community of players with one goal; to make the Xbox and Windows 10 platforms a fun place to play.

I have one request: bundle more items in a base console. Play and charge kits need to be there by default.

agreed, getting a controller that takes AA batteries and no charging cable is sucky.

Goood point ! one more thing they can do :)

Great point, I fully agree. It's a bit of a nuisance considering everything else is included in the package. Just a minor con.

I believe Microsoft are onto a nice fresh start since their release screw ups and are now doing great and have their products to now show for it. Win10 and DX12 is gonna be tops!

Their fresh start could not have come at a better time. New year, new hope for MS and the Xbox

And the f#×king headset adapter. Come on

Haven't owned a Microsoft console in 3 years, totally forgot about that stuff. Spent so much money last gen on the crap, and it would die within the first year.

If I have steam why would I want xbl?

Sure xbl is free but so is steam. Lol

Unless xbl will have exclusive games on it then I don't see the significance.

Dx12(console efficiency on pc, easy porting)/free Windows 10 thanks MS that is all.

Playing with xbox gamers is kinda open platform within the bubble of windows.

But would be funny to play with people who are paying to play on a server I get to play on for free at higher performance.

Don't mad at me it's just the facts not my fault.

Kind of comical when you think about.

But why buy xbox if I can stream pc to tv using steam link for $50?

Best thing they could do is just port xbox games.

Dx12 seems to be mostly focus on pc and xbl features for xbox gamers with low end pc's.

Imo pc gets all the cool stuff now.

Xbl right now offers pc gamers what exactly? Unless they bring some crazy must have games or features then meh again...

Why would I need steam when I have graphics like this coming to the X1? http://www.icxm.net/team/up...

I like to think so. Good approach from MS, I would just also work on that silly parity clause as well.

Indeed, that should be one of their focuses in 2015

If Microsoft/Windows can pull of any sort of cross-platform integration, seamlessly, I'll be well impressed.

Once Don Mattrick left Phil Spencer has done a very good job in re-engaging with gamers and promoting the XBOX One as a gaming device and not a media centre that just happened to play games too. His approach has been refreshing to the point its made me re-think about buying an XBOX One after originally deciding to just go with my gaming PC and a PS4 this generation. I have a feeling Microsoft will have a very positive E3 this year.

Phil has been killing since he tool over, mainly because he recognised the Xbox One for what it is: A video game console.

Microsoft employed a lot of snakes that sabotaged the xbox one launch, double agents don matrick and that bald british geeza who used to work for sony, this is fact, MS dont trust many people now

what needs to happen is a microsoft all in one store. meaning you buy one licence for the game. that way you can play games like fable legends on the xbox or any windows 10 based system with just one purchase.

right now microsoft is still dangling a carrot because they still don't want the consumer to be totally free of the xbox. thats why people are asking if you can stream from the xbox one to the pc, not just the other way around.

in a couple of years we will have a much better idea of how microsoft is taking the pc platform seriously. one game is not enough. they tried this years ago with shadowrun and basically stopped after but microsoft is taking a whole new approach with windows 10 so we will just have to wait and see.

Just bought an XBOX One, Forza 5 and Halo MCC to go with my gaming PC and PS4

Yeh me too, Street Fighter has it too right? and MKX I think :)

I'll always choose PC (and Windows). Pretty excited for Windows 10. Are we one step closer to cross-platform?

Oh I get it, April Fools

Because nothing makes the gaming community happy ;)

Well you have side that's composed of people who bash MS/Xbox all day, yet continue to use the products. And the other half who just want to play games. We'll see how well it goes.

People bash Microsoft but i bet there using Windows at the same time, use another OS if you hate them so much but i bet they will not.

I have been using Windows 10 and i have to say i like big improvement over Windows 8.1.

Adoption rate for Windows 10 will be huge its free why wouldn't you use it? Plus you get dx12.

Yes I'm using Windows 10 at the moment also and it's great. If Windows is so bad I don't know why people haven't stopped using it yet. Plus the PC gamers pretty much have no choice but to convert to W10 for DX12 when you look at the major improvements from DX11. DX12 is one of their biggest selling points. Plus the integration with Xbox and other W10 devices. There are actually other brands other than MS brands that are launching with W10 in the summer.

Skyrim Meets Scripture in I Am Jesus Christ | COGconnected