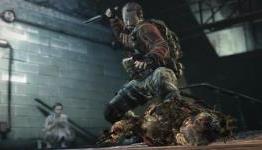 Joe from Awesome Games writes: 'Resident Evil Revelations 2 has been a varied experience so far and episode three is where things really start to kick off. While episode one and two had moments that utilised the game’s co-op functionality, the third episode is all about co-operative play and without it you won’t get far. And unlike the latter half of the previous chapter which saw Barry and Natalia re-treading Claire and Moira’s steps, both campaigns feature a much more individualistic route through the game.'

Adhttps://store.steampowered.com/app/1488200/Symphony_of_War_The_Nephilim_Saga/?utm_source=n4g&utm_medium=native&utm_campaign=sow_n4g_native&utm_content=png
- Comments (0)+ Comments (0)
TopNewestOldest
The story is too old to be commented.
40°
87.5/100