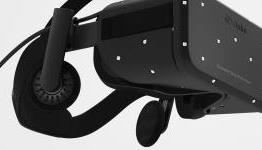 David Jagneaux for MMORPG: "It seems like a new VR headset is announced every few months now. First there was the Oculus Rift, pioneering a newly discovered market segment. Now we have Sony’s Project Morpheus, Steam and HTC’s Vive, the Samsung Gear, and a whole host of other companies clamoring to get in on the topic while it’s still hot. Since they’re not widely owned yet and are still very much in developmental stages, it’s tough to tell exactly how it will play out, but it’s an exciting time for sure."

Adhttps://store.steampowered.com/app/1488200/Symphony_of_War_The_Nephilim_Saga/?utm_source=n4g&utm_medium=native&utm_campaign=sow_n4g_native&utm_content=png
- Comments (0)+ Comments (0)
TopNewestOldest
The story is too old to be commented.
220°47