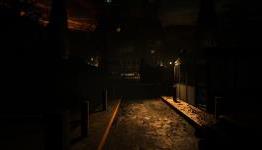 Outlast hit virtual store shelves around this time last year, there have been many comparisons explaining the differences between PS4 and PC but we have yet to see a shot-for-shot comparison on both PS4 and PC. Here it is, better late than never. Outlast on PC with ULTRA settings vs the PS4 with Exact GAMMA settings. These are direct screen shots of both games using Steam’s capture mode as well as PS4’s capture mode. Don’t worry, these screenshots only go as far as the first level so you need not worry about spoilers.

Adhttps://www.releases.com/?utm_source=n4g&utm_medium=native&utm_campaign=c1
- Comments (0)+ Comments (0)
TopNewestOldest
The story is too old to be commented.
50°

'Outlast' Is Survival Horror at Its Heart-Throbbing Best

10 Horror game worlds You Would Absolutely Die In

Spookytacular 2020: 10 of the Best Horror Games of All Time