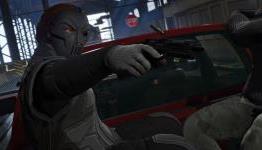 Should we be harsher on Rockstar for GTA Online’s issues?

MMGN writes: Does the gaming press treat Rockstar as the industry's darling?

Yes, lunch of a new game is one thing I understand that but this is a patch that yeah will have spiked the number of users however they know how many copies they've sold they know how popular the feature is AND they've made more than enough money to just rent even some temporary servers and cloud space say from MS or google or amazon to cover the spike in users.

Agreed, i seriously believe they delayed the online of gta 5 to ensure good reviews and metacritic.
Because had the game launched with such a broken online people would have taken it into account in the final score.

After they finally released it, we found it was in shambles, a garbage lobby system, a god awfull bear bones character creator, unintuitive invite system, broken matchmaking, the list goes on.

Saints row2 and gta 4 were better, and now they launch online hiests after way too long and its broken?
People cut rockstar way too much slack! the gta games have gotten more dumb down with every release since hd era.

I would much rather play san andreas which had allot more content.

I think people need to call them out on this b.s! just look at the net profit they make off a gta game, why is a modern online party lobby, matchmaking, etc system too much to ask? Or how about a working online? This is ridiculous! after such a delay this should work flawless, and dont anyone give me b.s about server load, they know full well how many copies they have sold.

Bottom line this IS NOT GOOD ENOUGH!
And no the online wasnt free, its part of the game fanboys which waspromised ages ago!

Let's give them hell because of server load associated with free DLC.

All those games that released last year work right yet?

I had no issues with GTAV online. The only problem I had was staying interested in playing online. It got boring to me real quick. GTAV though is one of the best games ever made. We can nit pick on games that arent event close to GTAV but have far more problems.

The online issues are still terrible. AND has been for a long time!

No not really. We should all know by now that this was to be expected.

It was free ffs. Easily they could have put price on it, considering quality of dlc. It will be fine in few days.

This mentality is part of the problem! It was suppose to be free seeing as it is only a game mode that was SUPPOSED to ship with the online portion, which in itself is just a component of the TOTAL game we already paid for!

Too many consumers/gamers have fallen for this pubs bullsh*t pr spin that they have put out about gta online is like something extra, and we should be lucky to get.

It is no different than any of the other many games that are SP/MP/CO-OP. Their match making system is terrible. Amongst so many other pressing issues.

Bottom line is with the very large profits they received from the initial game, along with the residual profits they are reaping in from cash cards we the consumer, the ones supporting this GIANT company, deserve at the very least RELIABLE servers and a top of the line match making system in 2015.

THAT'S what I want to see instead of shinier graphics DAMNIT.

You seriously need to wake up and stop drinking their tainted koolaid. Entitlement has NOTHING to do with asking for a game and it's features to work as advertised.

Nope saw this coming a mile away.

Working fine for me! Was bad yesterday evening

Heisting it up as I type

I'm not buying the "it was free" excuse. It was a feature you knew you were going to get when purchasing the full game. So, in that sense it wasn't free. It was just a delayed part of the original game.

If it was something new and unannounced that they decided to do for free after the fact, then maybe you could use that excuse.

yeah. you can. but it will just be a waste of time.

Another reason, yet again, why I refuse to pay for online play. PS3 was free so should ps4....I just don't understand...

No, Bethesda and Rockstar are known for single player

Everyone here is so entitled...

You deserve better? You only deserve perfect things? The best selling, most critically acclaimed game of ALL TIME is not cutting it? They should do a better job right? THEY OWE YOU don't they?

Well ok then... I guess you have no choice but to boycott R* and look for a better product from another company. Either that, or MAKE SOMETHING BETTER and show them how it's done. Oh wait, you can't, can you? You don't have hundreds of million of dollars of development budget? How about a gigantic, incredibly skilled workforce?

I think everyone should just calm the hell down and be thankful for one of the best damn video games ever.