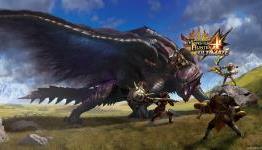 Already a mainstay series in Japan, Monster Hunter has quickly gained traction in the West with each subsequent release. The newest installment in Capcom’s action-based JRPG is a 3DS exclusive, coinciding with the release of the New 3DS and New 3DS XL, but is there enough new content to justify a sequel after the largely successful Monster Hunter 3 Ultimate was released in 2013?

Adhttps://store.steampowered.com/app/1488200/Symphony_of_War_The_Nephilim_Saga/?utm_source=n4g&utm_medium=native&utm_campaign=sow_n4g_native&utm_content=png
- Comments (0)+ Comments (0)
TopNewestOldest
The story is too old to be commented.
50°8

10 Current-Gen Games Everyone Should Experience