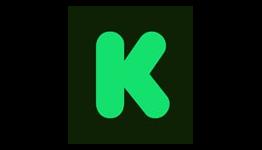 Should Kickstarter MMOs Refund Backers if They Drastically Change?

There have been a number of innovations that have shook up the online rpg industry. The largest conduit for change over the last couple years has been the role that Kickstarter has played in helping developers fund the creation of mmos. This has allowed games that fall outside the cookie-cutter mmo mainstream to be created and fill that gaming niche that had been empty before. However, there's always some storm clouds on the horizon. During the development process, an mmo can change quite a bit from what was initially described. This can lead to some backers becoming very angry and feeling that they had been conned. Should Kickstarter mmos refund backers if they drastically change?

Adhttps://store.steampowered.com/app/1488200/Symphony_of_War_The_Nephilim_Saga/?utm_source=n4g&utm_medium=native&utm_campaign=sow_n4g_native&utm_content=png
- Comments (1)+ Comments (1)
TopNewestOldest
The story is too old to be commented.
2767d ago