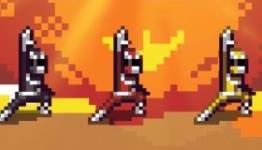 The last we heard from Chroma Squad, developer Behold Studios were in a battle with SABAN, the North American rights holders of the Power Rangers series, over the similarity to their Sentai brand. That dispute has now been settled and the game has a release date.

Adhttps://store.steampowered.com/app/1488200/Symphony_of_War_The_Nephilim_Saga/?utm_source=n4g&utm_medium=native&utm_campaign=sow_n4g_native&utm_content=png
- Comments (0)+ Comments (0)
TopNewestOldest
The story is too old to be commented.
50°
8/10

Five Indie Games That Should Be Ported to the Switch

Shadow Tactics, Nineteen Other Games Added to Utomik in April

2017 Games You May Have Missed: Chroma Squad