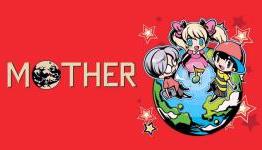 Shop to Shore PhonoCo. have launched a Kickstarter for a project called MOTHER: The Original Arranged Soundtrack Album. MOTHER’s soundtrack proved as equally as popular as the original NES game in Japan but until this project reaches its funding goal, it has never been released outside of Japan.

Adhttps://store.steampowered.com/app/1488200/Symphony_of_War_The_Nephilim_Saga/?utm_source=n4g&utm_medium=native&utm_campaign=sow_n4g_native&utm_content=png
- Comments (0)+ Comments (0)
TopNewestOldest
The story is too old to be commented.
90°2

Where is Mother 3, Anyway?